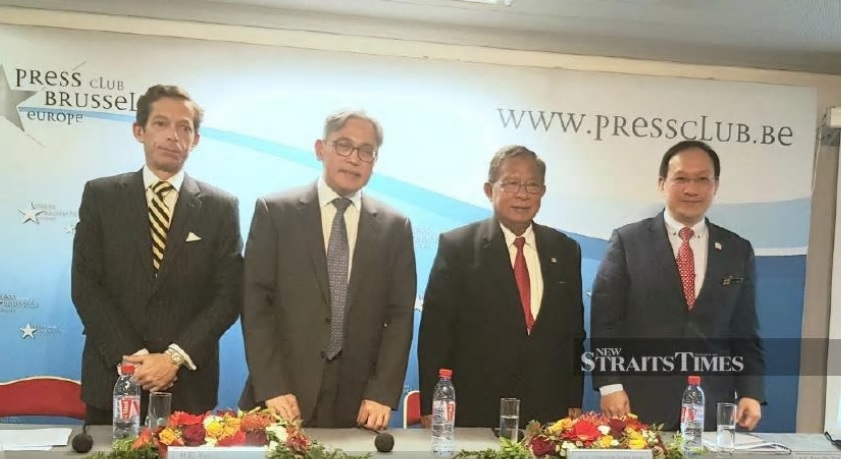 Developing nations Indonesia, Malaysia and Colombia via the Council of Palm Oil Producing Countries (CPOPC), are once again urging the EU to refrain from legislating a ban on palm biodiesel.

The three nations collectively supply about 67 million tonnes or 95 per cent of the world`s palm oil.

Darmin said this recently at a press conference in Brussels chaired by Indonesia Ambassador to Belgium, Luxemburg and the EU, Yuri O. Thamrin.

The senior government officials of Indonesia, Malaysia and Colombia, under the common platform of CPOPC, adduced evidence that the EU delegated regulation was "scientifically flawed" as it discriminated against palm oil to the benefit of developed nations` soyoil and European homegrown oil crops such as rapeseed and sunflower.

The win-win solution to this situation, Darmin said, was for the EU Parliament to drop its unjustified plan to ban palm biodiesel.

If, however, the EU Parliament were to persist in enacting the Renewable Energy Directive II, Darmin said, Indonesia would be forced to formally file a complaint to the World Trade Organisation`s (WTO) dispute settlement.

Darmin recalled that in 2013, the EU had imposed anti-dumping duties ranging between 8.8 and 20.5 per cent on Indonesian biodiesel shipments. Indonesia challenged the EU and the WTO finally ruled in favor of Indonesia.

"If you recall the EU had previously acted unfairly towards Indonesia.

"We`ve enough experience to fight the EU in the WTO. So, don`t worry, we will fight at the WTO again, if need be," Darmin said.

"When you mention about (shipments of European) spirits and alcohol (into Indonesia), we didn`t change our regulations about this.

"I`ve heard that people here said Indonesia is already taking action, but we have yet to do so," Darmin said.

Indonesia and the EU are currently in talks over a Comprehensive Economic Partnership Agreement (Indonesia-EU CEPA).

If the EU Parliament decide to enact the detrimental effects of the discriminatory Renewable Energy Directive II on palm oil trade, Darmin said, it would break the negotiations of the Indonesia-EU CEPA.

"We have a chapter on trade and sustainable development to further discuss palm oil, which we have not discussed," he said.

"If both sides cannot agree on this chapter, the whole agreement (Indonesia-EU CEPA) cannot be concluded. This is in line with the principle of nothing is agreed until everything is agreed."

Tan concurred with Darmin that the EU delegated regulation was not based on environmental and scientific facts, but was a deliberate and calculated economic strategy to remove Malaysian palm oil from the EU market.

He proposed that the global vegetable oils industry could benefit from healthy growth when EU businesses consider cooperation with palm oil suppliers to market complementary products for the world.

Colombia`s Ambassador to Belgium, Luxembourg and the EU Felipe Garci Echeverri reminded the EU that 85 per cent of the 650,000ha oil palm area in Colombia were worked on by smallholders.

Echeverri highlighted the irony of the EU contradicting itself when its own research showed zero deforestation in Colombia since 2016. Yet, at the same time, the EU sought to classify palm oil, a main export earner for Colombia, as driving deforestation.