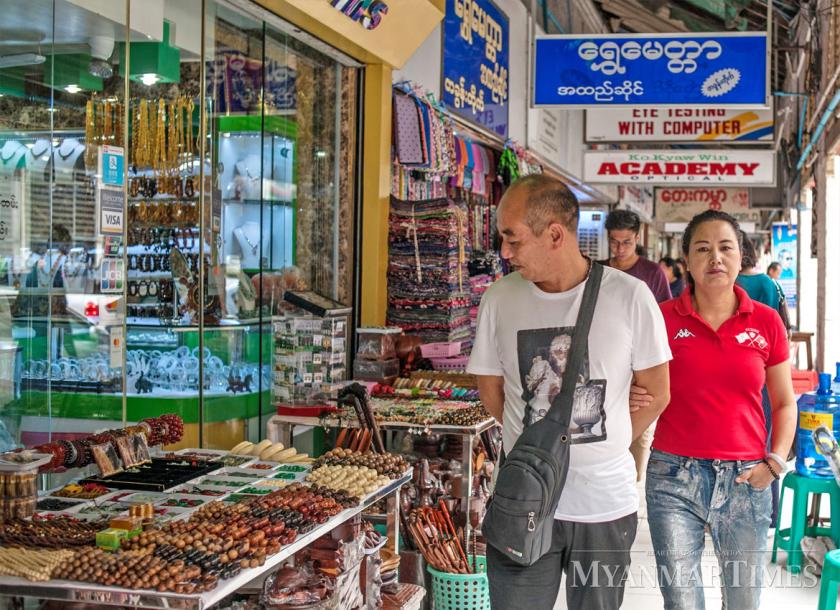 Myanmar and China are taking big steps to develop each other`s tourism industries.

China Eastern Airlines yesterday launched Hohhot ? Kunming ? Yangon flights and will deploy a Boeing 737-800 aircraft with a seat capacity of 184 for the new service.This will operate from Yangon International Airport three times a week on Tuesdays, Thursdays and Saturdays, starting April 2.

China is raising efforts to draw Myanmar visitors to the Mainland. Last week, Myanmar tourists were invited to visit Zhangjiajie, China by Ding Yun Lai, governor of Wulingyuan district during his visit to Yangon.

Zhangjiajie is a prefecture-level city in the northwest of China`s Hunan province, is home to the famed Wulingyuan Scenic Area. It is an UNESCO cultural heritage site and where the film Aviator starring Leonardo Dicaprio and Cate Blanchett was shot.

About eight million tourists from 30 countries visit Zhangjiajie every year.

"We take the Myanmar tourism market seriously as Myanmar is a promising country. So, for the convenience of travelers, we will try at the earliest to connect both cities with a direct flight," Mr Ding said.

After visa exemptions were granted in late 2018, China has increased the number of flights to Myanmar and tourism between the two countries has expanded.

As tourists from both Myanmar and China usually travel in groups , more cooperation is needed to develop a systematic and organised industry catering to the needs of the tourists, said U Kyaw Win, a member of the Myanmar-China Tourism Marketing Team.

Tourists walk on the Zhangjiajie Grand Canyon Glass Bridge in Zhangjiajie City, Hunan Province, central China, in 2016. Claimed by China to be the longest and highest glass bridge in the world, the tourist attraction measures 430 meters long, 6 meters wid

Tourists walk on the Zhangjiajie Grand Canyon Glass Bridge in Zhangjiajie City, Hunan Province, central China, in 2016. Claimed by China to be the longest and highest glass bridge in the world, the tourist attraction measures 430 meters long, 6 meters wid

"Now that the tourist industries of both countries are taking off, there should be an agreement between both sides to make traveling more convenient. It is good for the long run," he said.

This came after local firm Paypb in partnership with Hong Kong-based QFPay applied to the Central Bank to allow payments using the WeChat application. The aim is to make payments more convenient for Chinese travelers to Myanmar.

Myanmar played host to more than 3.5 million tourists in 2018, of which 40percent were Chinese, according to the Myanmar-China Marketing Committee.