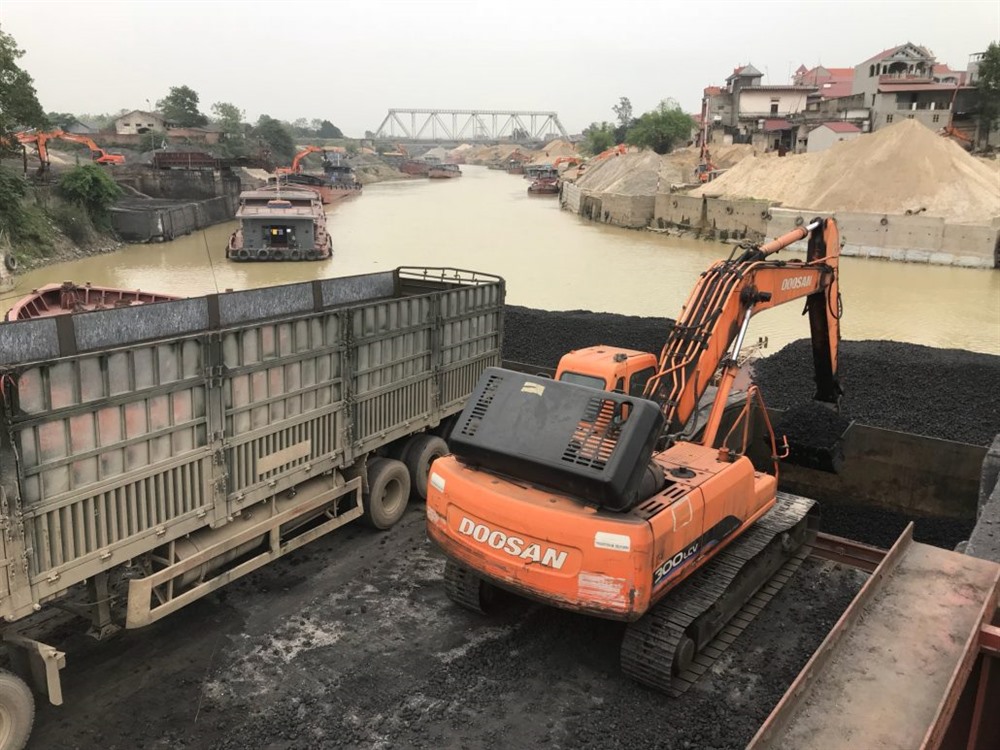 Coke is loaded onto a truck to be transported to factories in the northern province of Quang Ninh. Coke production posted high IIP growth in the first quarter of this year. Photo vietphatjsc.com.vn

The national industrial production index (IIP) saw a year-on-year increase of 9.2 per cent in the first quarter of this year, according to the General Statistics Office (GSO).

The positive growth was fuelled by the processing and manufacturing industry which increased remarkably by 11 per cent compared to the same period last year, head of the GSO Nguyen Bich Lam told a recent conference in Ha Noi.

He added the index rose 9.4 per cent year-on-year for electricity production and distribution and 8.5 per cent for water supply and waste treatment.

Meanwhile, the mining industry fell 2.1 per cent in the three-month period.

Several sectors recorded IIP surges such as coke production (96 per cent); metal manufacturing (37 per cent); motor vehicles (21 per cent); rubber and plastics (13 per cent) and beverages (11 per cent)

From January to March, the IIP of 59 out of 63 provinces and centrally-run cities increased over the same period last year. The central province of Thanh Hoa recorded the highest IIP growth rate at 51.2 per cent thanks to the Nghi Son oil refinery and petrochemical plant in the locality officially began commercial operations in December.

The southern province of Tra Vinh came next with growth of 41 per cent because of the Duyen Hai thermal power plant`s production expansion. It was followed by the central province of Ha Tinh (34 per cent) and the northern port city of Hai Phong (20 per cent). The northern provinces of Vinh Phuc, Quang Ninh and Hai Duong recorded 12 per cent, 10 per cent and 9.5 per cent, respectively.

Meanwhile, the country`s economic hubs of HCM City and Ha Noi lagged behind with respective IIP increases of 7 per cent and 7.2 per cent, the GSO noted.

According to the office, the number of employees working at industrial companies as of March 1 had risen by 2.3 compared to a year ago. - VNS