Firms eye Kingdom as tariffs mount on factories in China 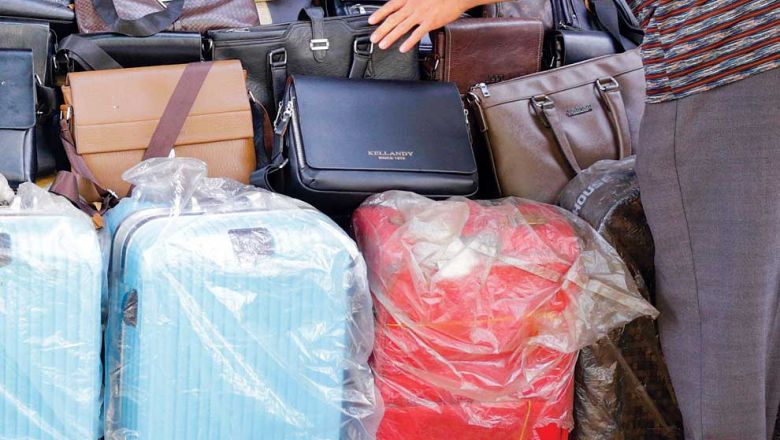 An attendant rearranges suitcases and bags earlier this year at a shop in central Phnom Penh. [PHong Menea]

The Kingdom is becoming more attractive than ever for fashion companies that are looking to diversify their supply chains in response to the escalating trade war between the US and China, industry experts say.

A number of companies have recently unveiled plans to move production away from China to avoid tariffs and rising labour costs. The media has also reported that many are expanding their activities in Cambodia.

“People originally thought this would be a short trade war - now they realise it could last much longer than expected,” Shanghai-based China Market Research Group managing director Shaun Rein told The Post.

China has been locked in a tit-for-tat trade row after US President Donald Trump imposed 25 per cent customs duties on $50 billion worth of Chinese goods.

Trump has further threatened to raise levies on $200 billion worth of Chinese goods from 10 to 25 per cent. The list of affected products includes handbags, travel items and other accessories.

In contrast to such items made in China, Cambodian travel products like suitcases and handbags have had duty-free access to the US market since July 2016 when 28 different lines produced in the Kingdom became eligible for the allowance.

According to a Bloomberg report last month, fashion firms like Steven Madden have been shifting production of its handbags to Cambodia from China.

While the company will see 15 per cent of its handbags coming out of Cambodia this year, the firm expects that percentage to double next year.

While currently, 60 per cent of Onward’s contract manufacturers are in China and less than 10 per cent in Cambodia, president Michinobu Yasumoto was quoted in the Nikkei Asian Review as saying that it is relocating to the Kingdom.

Supreme National Economic Council senior adviser Mey Kalyan said that handbag production will need a higher level of skill within the workforce than garments and footwear, but he believes that Cambodia has the capacity to absorb the new production.

“We need to ensure we have better techniques, skills and higher productivity so that our workers will earn higher incomes from such new production lines,” he said.

On the sidelines of the China-Asean Expo in Nanning, China, on Tuesday, Prime Minister Hun Sen met leaders from six Chinese firms. He urged them to continue investing in the Kingdom and help to grow the economy.