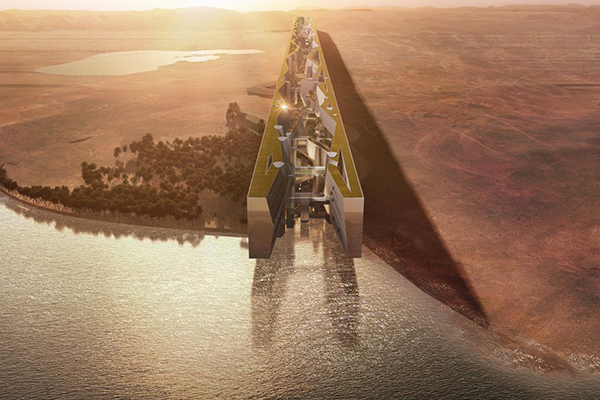 A group of South Korean companies and government officials led by the country’s Minister of Land, Infrastructure and Transport Won Hee-ryong will leave for Saudi Arabia to make a sales pitch to participate in a $500 billion Neom city development project in the kingdom.

The Korean land ministry announced on Thursday that Won will lead the Team Korea of 22 corporations from Nov. 4 to 9 to win mega-contracts for the NEOM development.

Neom is a city the Saudi government builds in Tabuk Province, northwest of the nation. The planned city of 26,500 square kilometers will incorporate smart city technologies, including robotics and flying taxis, and function as a tourist destination.

The mega-project worth $500 billion will require four or five contracts in phases, and the Korean government is in full swing to pitch for Korean firms to win their target deals. Team Korea comprises public agencies and 22 corporations, including Hyundai E&C, Samsung C&T, and Naver.

During his trip, Minister Won will meet with Saudi government officials to discuss plans for cooperation, including his meeting with the Minister of Transport and Logistics Services to sign a deal for future mobility cooperation. The Korean government will hold a Korea-Saudi Innovation Roadshow in cooperation with Saudi’s transport ministry.

By Kim Yoo-sin and Jenny Lee