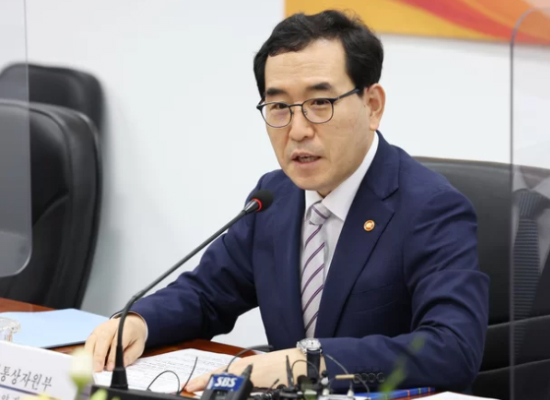 The letter of intent South Korea has signed with Polish energy companies to build a new nuclear plant in Poland bears a significant meaning at a time when exports buttressing the South Korean economy have been losing steam.

We may see a breakthrough in reactor export stalemate after the first achievement of building nuclear reactors based on home-developed APR1400 technology in the United Arab Emirates in 2009. After turbine building order for the reactor project in Egypt earlier this year, we may break into the European market through Polish inroads.

In order to export nuclear power plant capabilities, the industry must be backed by strong domestic market and operating know-how. Nuclear power plants need over 2 million components and must be in operation for many years, making stable supply of parts essential.

To sell our technology, we need to maintain a strong value chain in the domestic market.

Companies from Poland and South Korea will work together to prepare a preliminary development plan by the end of the year. And based on that plan, a feasibility study will be carried out. The reason why Poland chose South Korea as its partner to help develop its 2040 energy strategy is because they determined we would be able to build the nuclear power plant without delays. By building the power plant, Poland will not only strengthen its energy security but also can develop its industries based on stable power supply. It will be able to form an ecosystem for nuclear energy and it will be able to form partnerships in such sectors as battery, hydrogen and electric cars.

The string of nuclear power related deals this year cannot be a windfall. Local industry has spent countless hours to home-develop and perfect reactor technology. South Korea started its first nuclear power plant in 1978 and since have built and operated 28 nuclear turbines without any issues. Based on this know-how, we were able to develop our own APR1400 reactor design recognized by the U.S. and Europe and confidence to sell the technology.

Korea is backing the reactor industry as key business for energy security and climate change.

We are planning to export 10 nuclear reactors by 2030 and have set up a committee with the private sector to support that plan.

While we have signed a LOI with Poland, we still face some challenges towards a definitive agreement. The government will do its upmost to win the order and achieve its export goals on reactors. In order to do this, we need to form a long-term relationship with other countries because it’s not just about building and operating a nuclear power plant. Business partnership can spill over to other sectors such as defense, information technology and financing.

Poland is one of our biggest trading countries in Eastern Europe and is an important market for our companies as a gateway to the European market. In July, Poland made the decision to buy our tanks and howitzers, signing an arms deal worth about 20 trillion won. We will use this as an opportunity for us to expand cooperation in sectors such as manufacturing, IT and culture.

By Lee Chang-yang, Korean Minister of Trade, Industry and Energy