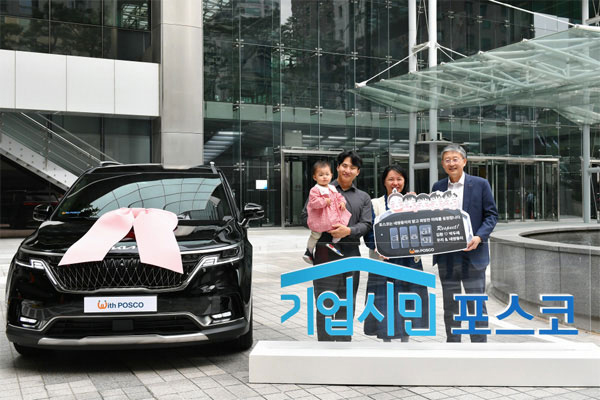 A birth of a rare quadruples to a family based in South Korea’s southern port city of Pohang has been rewarded with a nine-seat van from its employer POSCO on top of other corporate child benefits for blessing to a country struggling with a birth rate in the zero range and the city still recovering from the havoc from a gigantic typhoon.

The nine-seat van was delivered to the family of Kim Hwan, a blast furnace coke worker at Pohang Steel Mill, during a ceremony held in Seoul on Wednesday.

The quadruplets, two identical boys and two identical girls, were born at Seoul National University Hospital in Seoul on Aug. 24. The odds of giving birth to two sets of identical twins are 70 million to one.

The rare birth of quadruplets has been a multiple gift to his family who wanted to get a second child as well as the country dubbed as a “collective suicidal society with the lowest birth rate among developed economies. 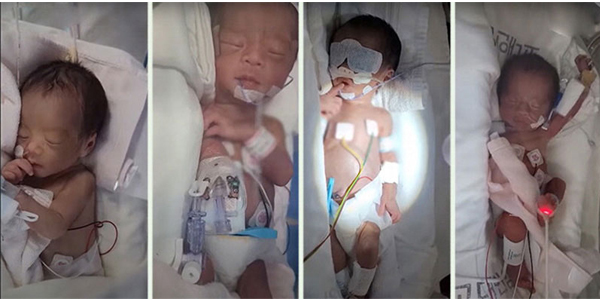 The news also has been a comfort to the city and its primary income source of steelmaking after main furnaces at Pohang have been plugged off for the first time in 49 years due to Typhoon Hinnamnor that hit the steel mill site early this month.

Since the care of five kids (quadruplets plus one) means a huge cost, POSCO has rewarded its employee with 20 million won ($14,000) in childbirth incentives and 2 million won worth of childcare supplies as a token of congratulation on top of a special van gift. The company will dole out childcare benefits until the quadruplets reach their first birthday.

“When I was on parental leave for my first kid, all team members told me to focus on parenting, which was a huge encouragement. Upon hearing the news of the quadruplet birth, I have been given a flood of encouragement and support. The factory where I work is undergoing restoration work after major flood damage, and I am sorry that I cannot be with them,” Kim said.

By Han Woo-ram and Minu Kim