WKF: Global tightening cycle only half-done, with stagflation to last till 2024: Dalio 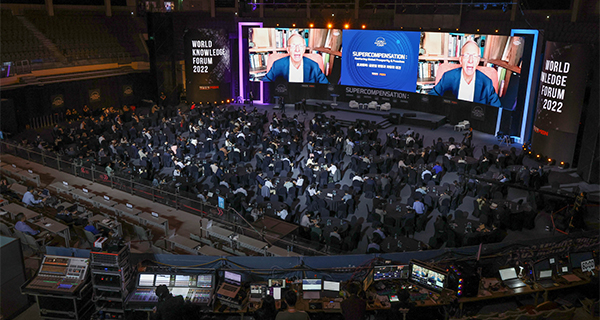 The world is only halfway into the monetary tightening cycle and the battle with runaway inflation, and the global economy is looking at tough two years ahead under stagflation – economic stagnation coupled with high inflation, prophesied Ray Dalio, an American billionaire investor and a hedge fund guru, on Thursday in Seoul.

U.S. Federal Reserve delivered a third consecutive 0.75 percent point rate this week in the face of soaring inflation, putting greater pressure on other central banks to raise their policy rates as the U.S. dollar grows stronger against other currencies.

Tightening will have to continue until inflation is tamed, which is expected to become possible 18 months later, according to Dalio.

Dalio, founder, co-chairman and co-chief investment officer of Bridgewater Associates, the world’s leading hedge fund with $126.4 billion assets under management, was a speaker at the 2022 World Knowledge Forum in Seoul.

Right now, the breakeven inflation rate of U.S. 10-year Treasury is a little less than 3 percent, said Dalio, as he suggested it can go up to around 4.5 percent or even to 5 percent to pour cold water on the market.

Growing inflation in the U.S means the Fed would maintain its tightening stance. And the price of it would be a worse economic slowdown.

“Inflation will become more intensive, I think, over the next eighteen months,” said Dalio with a prediction that “2024 will be a very bad year.” 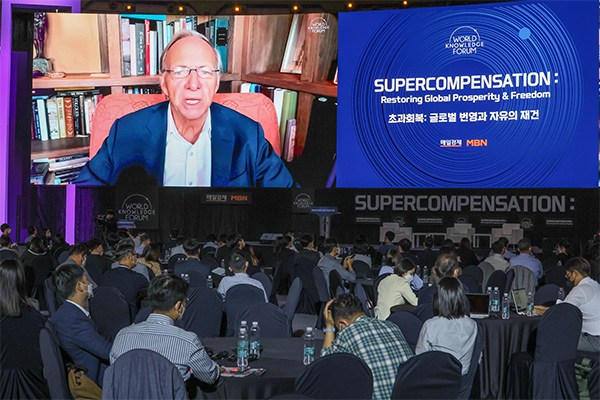 His pessimistic outlook comes as the global economic slowdown faces added woes from the political front. The Russia-Ukraine war is showing no sign of ending soon and the U.S-China trade war is still ongoing. U.S. political calendar with the midterm elections in November this year and the presidential election in 2024 also does not help.

Mark Mobius, founder of Mobius Capital Partners, an emerging and frontier markets asset management firm, during another WKF session predicted that the bear market in stocks to continue. He forecast the global stock markets to fall by an additional 10 percent.

Jae Yoon, chief investment officer of New York Life Investment Management, projected in a separate session that S&P 500 would plunge to below 3,300 next year as the U.S. index already has turned its direction toward 3,600 on the expectation of the Fed raising rates by up to 125 basis points.

The World Knowledge Forum, the largest annual business forum in Asia, ran for three days until Thursday this week. It is hosted by Maekyung Media Group.