WKF: Inflation in 3% may become new target after strong inflation fizzles out 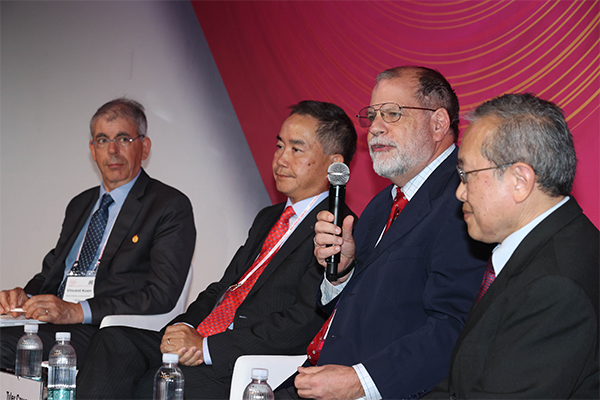 Multi-decade-high inflation in the United States will die down next year, but the headline consumer price index data returning to the 2 percent target level won’t be easy, economists projected at the 2022 World Knowledge Forum (WKF) in Seoul.

The inflation would get to “even below or around 3 percent relatively fast,” forecast Zhiwu Chen, University of Hong Kong professor, during a WKF session “When Will It Come to an End?” held in Seoul on Tuesday, he pointed to the 0.1 percent easing in the August CPI data in the U.S.

“I think we will get to the 5 percent over the next year and a half,” said Lee. “Data itself shows.”

Lee reminded the situation has changed much from two years ago when the main problem for central banks was to get above 2 percent with inflation stubbornly at zero range despite the ultra-loose policy.

What had brought down the price of goods was the application of technology and globalization, but while technology has not stopped, globalization has revealed its vulnerability through troubles with supply chains, said Lee.

Koen forecast that U.S. inflation will likely stay “between three and five for a long time” as “the real side of the economy untangling itself,” such as shipping supply chains and energy prices. “If three is the next two, I don`t prefer it, but we will muddle through,” he said.

But how long it will take to normalize inflation would depend on consumers, according to Lee.

Economic behavior depends on how people “perceive” and that is what makes the economy “evolve,” said Lee, stressing that “economists don’t have a good model on (people’s) expectations.”

“It depends on everybody out there how you believe inflation is going to be behaving,” Lee stressed. 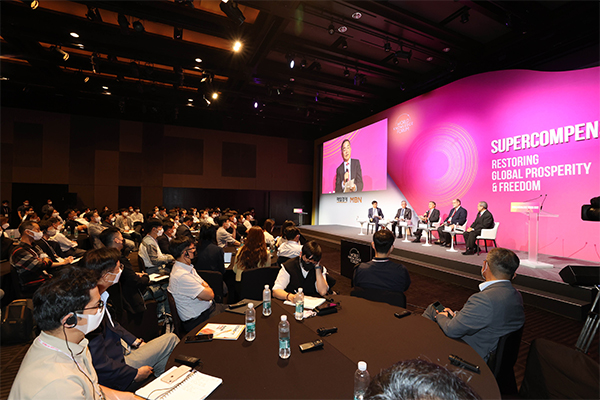 The general expectation among the panels was U.S. inflation is unlikely to return to below 2 percent.

“Three has become the new two,” said Cowen, as he expressed his expectation that policymakers would continue using inflation as the U.S. keeps running on a high debt burden.

The solution to it is either to raise taxes or “inflate away” the real value of the debt, but people would not want to pay more taxes, said Cowen. Policymakers would not wish to risk losing voters, he added.

Regarding Korea, Koen said OECD does not see “sharp disinflation.”

The organization projects Korea’s inflation to come at 5 percent this year on a year-average basis and close to 4 percent next year, according to the OECD official. That is partly because the Bank of Korea has “proceeded gradually” as it delivered 25-basis points and 50-basis points steps earlier this summer, ahead of others.

Now, it appears that “the new 25 is the 50, and the new 50 is the 75” suggested Koen, calling the latest moves made by other central banks “a catch-up race.”

The 2022 WKF is held at Jangchung Arena, the Shilla Seoul, and DDP in Seoul until Sept. 22.