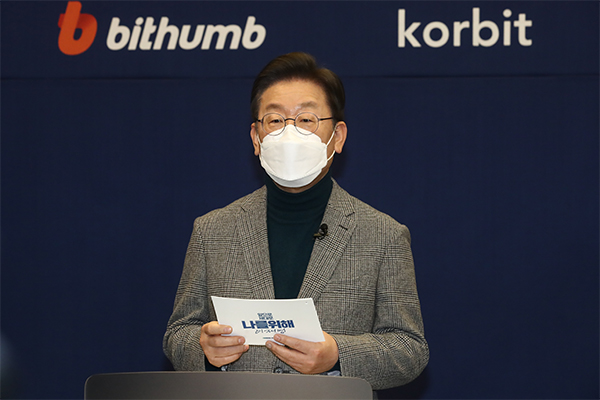 South Korea’s two leading presidential candidates from the major political parties on Wednesday pledged an end to the country’s ban on initial coin offerings (ICO) and lower taxes on capital gains from crypto trading in an apparent move to shore up crucial support from voters in their 20s and 30s.

With less than 50 days left before Korea’s next presidential election in March, young voters have risen as swing voters as many of them remain undecided about candidates. Lee Jae-myung, the Ruling Democratic Party (DP) candidate, and Yoon Suk-yeol, the conservative candidate from the People Power Party, are currently in a neck-and-neck presidential race with their approval ratings below 40 percent.

In a meeting with heads of cryptocurrency exchanges on Wednesday, Lee said he will review permitting ICOs under a condition that a right system is in place to protect investors and prevent market disturbance.

Digital tokens are sold in ICOs, which are similar to initial public offerings as they can be used to raise capital from investors. In South Korea, ICOs have been banned by the country’s financial authorities since 2017 due to speculative frenzy and potential ponzi schemes. 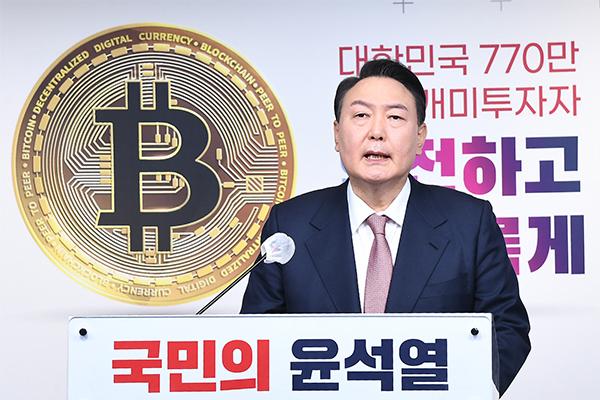 “ICOs were prohibited due to a unilateral decision by the Ministry of Justice, not by law, but if we have a system to guarantee market stability in place, it is possible to bring back ICOs even before necessary enactment,” Lee stressed.

“The global virtual asset market is worth some $2 trillion and there are about 7.7 million crypto investors in Korea. My administration will actively create an environment where young people and investors can invest with confidence,” Yoon said.

Yoon also pledged Basic Digital Asset Law to protect investors and recover illicit profits from mis-selling, price rigging and other unfair practices, while exempting taxes on cryptocurrency profits of up to 50 million won ($42,000), up from the current 2.5 million won cap.