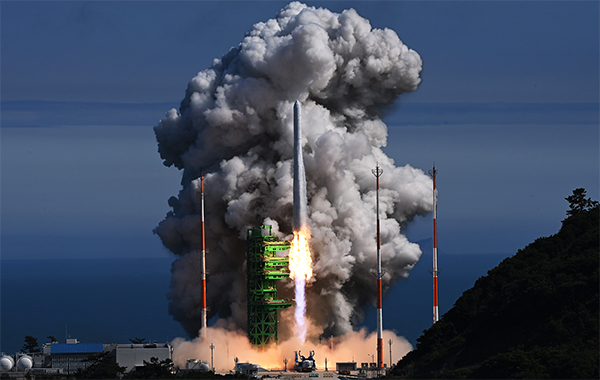 South Korea has become the world’s seventh space power to have flown a commercial satellite into orbit from home turf through independent launching technology upon confirming its home-developed Nuri rocket has succeeded in its mission in a second attempt Tuesday.

“We have opened a space era,” declared Science and ICT Minister Lee Jong-ho in a televised press briefing at the Naro Space Center.

Unlike its maiden flight in October 2021 when the rocket failed to deliver a dummy payload into orbit after the final-stage engine lost steam, it safely reached the targeted orbit of 700 kilometers and successfully delivered the performance verification satellite into orbit, Lee announced.

The three-stage flight took 14 minutes and 33 seconds, 22 seconds short from its design.

The 1-meter cube-shaped performance verification satellite will circle the orbit for two years. The four CubSat inside the satellite will roll out one by one to keep watch on the mother satellite.

The successful mission makes South Korea the seventh nation to put a satellite weighing more than 1 ton into space after Russia, the United States, the European Union, China, Japan, and India. 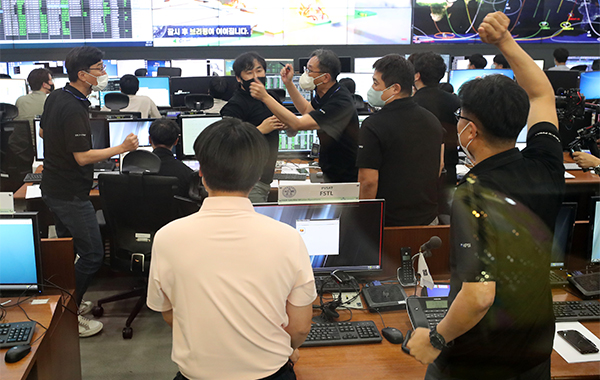 The launch was initially scheduled on June 15 but it was postponed a day before due to strong wind and later sensor issues. KARI had to bring Nuri back to the assembly building from the space center for examination. The launch was postponed indefinitely as researchers thought they had to separate the first and second stages of the rocket but later found way to replace core component of the sensor without separation. There were also no problems found during following inspection.

Korea has spent 1.9 trillion won ($1.5 billion) on rocket self-sufficiency. The third test of KSLV-11 is scheduled for early next year. The space project will run through 2027. Korea attempts its first lunar orbiter in August.