S. Koreans restrained from rushing out to overseas due to expensive air tickets 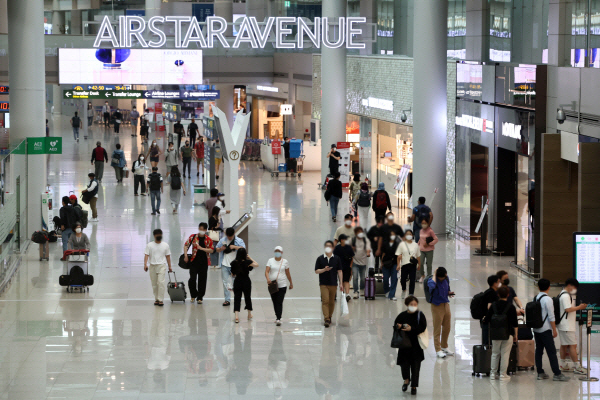 Despite full lifting in virus-related restrictions and opening of borders across the world, South Koreans are not rushing overseas as their pent-up demand has been constrained by cheap local currency, expensive air tickets from spike in fuel cost, and high prices across the world.

The soaring oil price this year is the main factor behind the surge in air fares.

Flag carrier Korean Air Lines has upped its fuel surcharge on international routes to 42,900-339,300 won for a one-way trip in July, more than quadrupled from five months ago.

The ticket prices could come down lower when flights increase in the third quarter.

According to data compiled by the Ministry of Land, Infrastructure and Transportation, passengers traveling on the international routes of flag carriers last month totaled 556,065, more than tripled from February. Available seats provided during the same period, however, rose only 50 percent to 749,438, taking up a mere one tenth of 6,364,404 seats provided in May 2019.