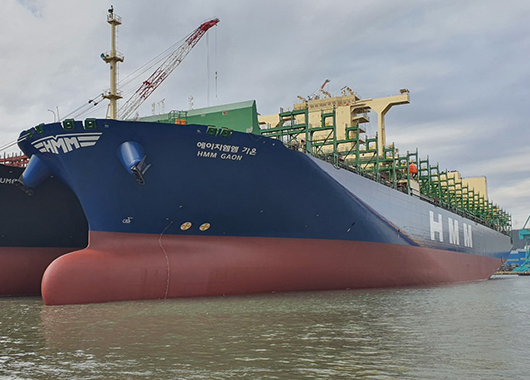 이미지 확대
South Korea`s antitrust regulator on Tuesday announced it has decided to impose a combined fine of 96.2 billion won ($80 million) on 23 Korean and foreign shippers for their past price rigging in the Southeast Asian sea route, although significantly lowered from earlier warning of 800 billion won in penalty.

The Committee of Shipowners for Asian Liner Service which allegedly supported their collusion also faces a fine of 165 million won along with a correction order.

According to the Fair Trade Commission (FTC), the 12 domestic including Korea Marine Transport and Sinokor Merchant Marine and 11 foreign shippers colluded to fix higher shipping rates for Southeast Asian sea routes in the past 15 years.

The shippers colluded to set the cost of container cargo services 120 times between 2003 and 2018 to hike the minimum level of freight rates and other costs.

To enhance the effect of the agreement between collusion members, they decided not to take cargo from each other, and refused shipping to cargo owners who did not comply with the freights they set.

They also chose a representative shipper for each route and established a committee to monitor violations of the collusive agreement. Shippers that violated the agreement were internally fined a total of 63 million won.

They also executed shipping rate hikes separately to avoid suspicion of illegal collusion. The regulator launched allegations on the freight rate collusion with a tip from a cargo owner.