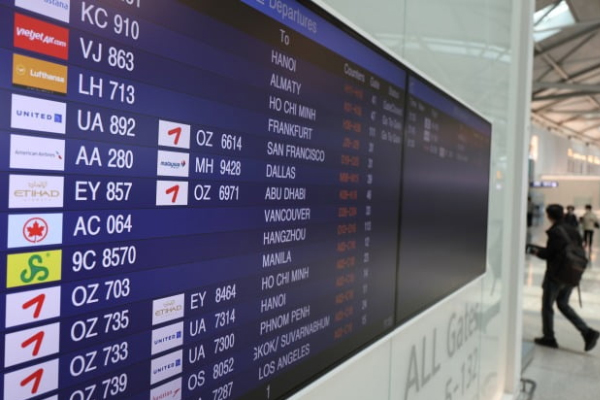 South Korea plans to add 230 international flights per week in June and ease mandatory quarantrine rules on overseas entrants as Covid-19 conditions have been contained while the country has returned to normalcy.

During his first meeting of the Central Disaster and Safety Countermeasures Friday, Lee Sang-min, new interior and safety minister announced that the government will increase international flights by 230 per week in June.

Lee said that the country will enhance entrant convenience from May 23 by allowing people to receive rapid antigen test 24 hours before arrival that was limited to PCR test.

From June 1, all entrants will receive two Covid-19 tests – down from three – and the PCR test they are required to take on the day of arrival will be adjusted to within three days after arrival.

Those parents and guardians that have completed vaccinations and arriving with children will also be under eased rule.

Children under the age of 12 – a change from under six – will be exempted from self-isolation. Those aged between 12 and 17 and have received vaccinations will be approved if 14 days have passed since their two inoculations. Currently, vaccinations were approved only if 14 to 180 days have passed since their two jabs or they have completed their third shot.

The eased rules come as Korea has seen a fall in the number of new daily infections.

The average number of daily infections fell 12.7 percent from the previous week to 36,000 between May 6 and 12. The number of critically-ill patients have been in 300 range for a fourth day.

The average weekly number of deaths fell to under 100 for two straight weeks.