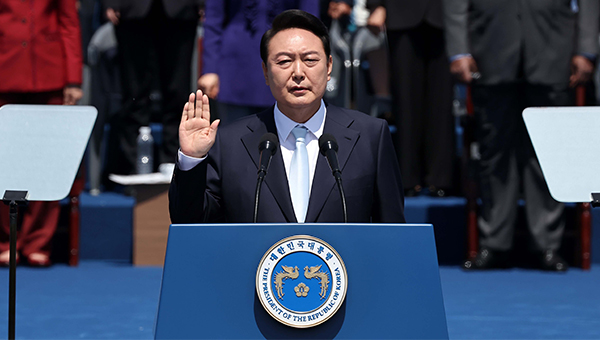 South Korean president Yoon Suk-yeol vowed to strengthen the pillars of free democracy and market economy and exercise greater responsibility to the global community as he was sworn in as the 20th president Tuesday setting a new precedent through a new presidential base in Yongsan, central Seoul, instead of the Blue House that served as the residence and office for the state of head since founding.

His inauguration speech delivered live at the National Assembly on Tuesday morning themed on freedom, civilian rights, fairness, and alliance.”

“I stand here with historical mission to rebuild the country that truly belongs to the people on the foundation of free democracy and market economy system and do all its part and responsibility to the global community,” he said.

Naming an array of challenges for his five-year presidency – pandemic aftermath, realignment in global supply chain, climate changes, food and energy crisis, low growth, unemployment, wealth disparities and conflict - he found the fundamental cause in the crisis in democracy.

Addressing “anti-intellectualism”, distrust caused by force of majority power to suppress the diverse voices, is urgent to save democracy, he said.

“Freedom is most important to solve these problems. Freedom must be reassessed and rediscovered,” he said as he pledged to exercise leadership on the global stage to uphold common values.

He emphasized on science, technology, and innovation to promote growth for the nation. 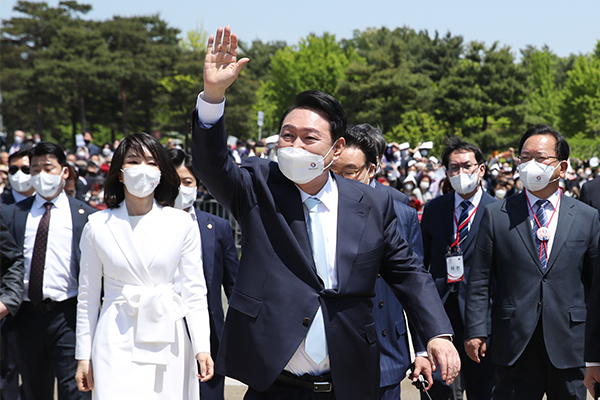 Yoon has started office by earning the command over the military at the underground bunker of the presidential office in Yongsan that previously housed Defense Ministry.

During election campaign, Yoon vowed to relocate the president’s office given that Korean presidents after serving their terms were unfortunate possibly because the Blue House has become a symbol of “imperial presidency.”

At the time, however, Yoon had considered the government complex in Gwanghwamun, central Seoul, as the new location for the president’s office instead of the defense ministry compound.

After Yoon was elected, however, and working-level officials launching relocation study, moving the president’s office to Gwanghwamun with many high-rise buildings proved many restrictions. It was also difficult to invite foreign guests and arrange a bunker and heliport.

Security was also an issue.

When Yoon and his team reviewed to relocate the office to the government complex in Gwanghwamun, they judged that they should rent out several floors of nearby high-rise buildings for security which would result to high rent cost.

The previous government had also studied to relocate to Gwanghwamun but the plan was aborted in the end.

The defense ministry compound emerged as a new location for the president’s office. The building already has an underground bunker and can handle various security issues. 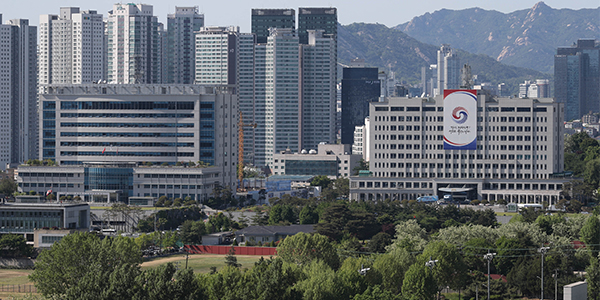 There are skyscrapers near the defense ministry compound but the complex will be surrounded by a park on U.S. military site.

Yoon picked the defense ministry compound as the new location for the president’s office and decided to return the Blue House to the people. There were controversies along, with the former Moon Jae-in administration delaying approval of reserve budget for the relocation. The two sides met dramatically on March 28 and Moon approved 36 billion won ($28.2 million) in reserves, paving the way for relocation work to pick up speed.

Yoon would become the first commuting president as he and his wife settle at a residence that used to host foreign minister in Hannam-dong. Until renovation, he would commute from his own home in Seocho-dong, southern Seoul.