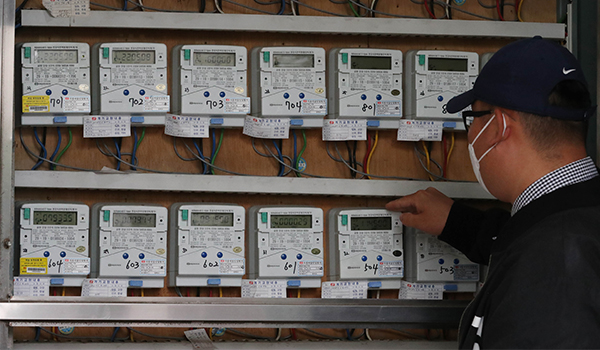 Korea Electric Power Corporation (KEPCO) could lose as much as 30 trillion won ($23.6 billion) this year, or almost all of what it had earned over 60 years of operation as it is restrained in raising electricity bills due to runaway inflation despite sky-high fuel import cost.

KEPCO’s operating loss snowballing to 30 trillion won this year would wipe out 29.4 trillion won reserves the state utility supplier piled up from income as of end of last year for facility investment and others.

Surge in prices of oil, liquefied natural gas (LNG), and other imported fuel sources have accelerated due to protracted Russian-Ukraine war, but the rise in utility prices have been capped under the government endeavors to contain inflation running to the highest levels in a decade.

The bottom line would worsen this year due to sanctions on Russia and retaliatory supply cut by the primary oil and gas supplier to Europe. Yet public utility companies have not been able to reflect the spike in generating cost due to economic troubles from pandemic and inflation.

To make it worse for KEPCO, a new government takes off this week with promises of fiscal stimuli and price stabilization measures.

If prices are raised to better reflect the production cost, the adverse impact on inflation and corporate productivity could worsen and deteriorate already-slowing economy.

이미지 확대
Industrial power accounts for more than half – 54.6 percent – of KEPCO’s entire electricity sales as of end of last year, compared with 22.4 percent consumed by shops and 15 percent by households.

The incoming government plans to raise the role of nuclear reactors to lessen the fuel import cost, but it is not easy to yank up the reactor capacity that has rolled back under the incumbent government policy of phasing out of nuclear power and replacing the sourcing with renewables.

Authorities are in urgency to come up with ways to rationalize power price structure without greatly dampening corporate productivity and consumer spending.

The system marginal price (SMP), which is what KEPCO pays to power producers to buy electricity, has hit a record high last month. The rise in SMP comes on a sharp surge in international LNG price.

In April, LNG accounted for 98.6 percent of SMP calculation.

SMP is reflected after six months on international oil prices, sources said. SMP is expected to continue to soar in the second half of the year given high oil prices in the first quarter. 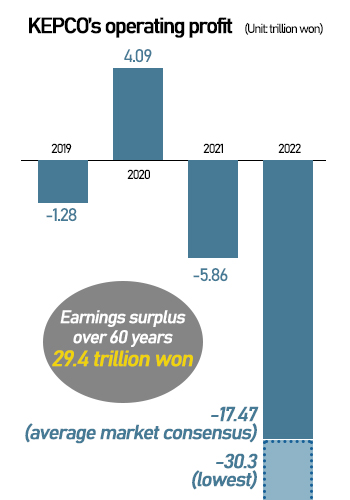 이미지 확대
A rise in cost is expected to send KEPCO to suffer massive losses.

The primary state utility’s deficit would have to be covered by tax-financed debts.