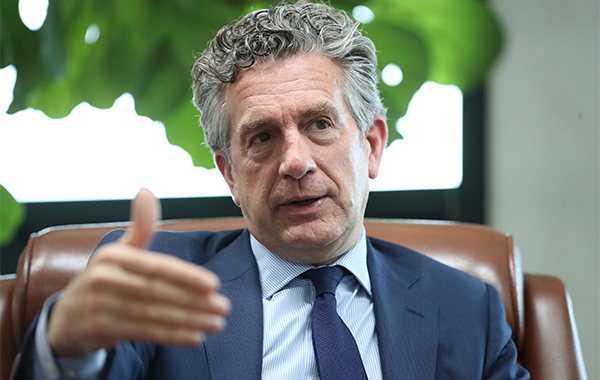 Freedom of press and vibrant young culture were the biggest factors behind The New York Times’ move of its digital news operation from Hong Kong to Seoul as its new Asian hub in May last year, according to Stephen Dunbar-Johnson, president responsible for international operations of The New York Times Company.

“The first thing we were looking at was the freedom of press and the best place to be was South Korea, apart from the range of factors such as communication, proximity to China, and schooling,” he said during an interview with the Maeil Business Newspaper last week, timed with the first year opening of the regional hub nestled in Jongno, downtown Seoul.

“The sun rises in the east, and the Seoul team has the hands on the website of The New York Times such as the developments in Ukraine. The control is here in Seoul. As the sun moves to the west, the control moves to London, and then New York in a twenty-four seven flow,” he said.

Another winning feature of Seoul over other candidates like Tokyo and Singapore was the air of “young vibrancy in interesting mix with its long, fascinating history and tradition such as K-pop, the arts, and design scene.”

“The city is like an onion, leading to new discoveries all the time,” Dunbar-Johnson said.

He projects more Western media organizations and enterprises to move out of Hong Kong to Seoul in search of independency and democracy in the region.

Due to the importance of the Seoul base, the expansion is ongoing, nearing the close 50-staff capacity in line with the company’s push for greater penetration on the non-English-speaking international front. 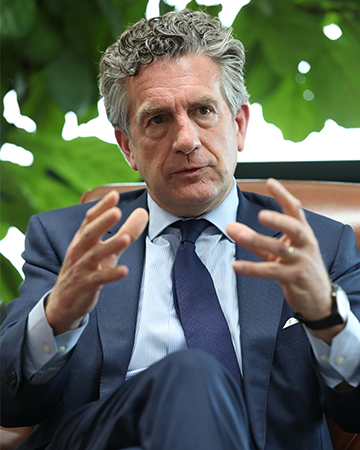 The New York Times digital subscribers hit 10 million, ahead of the targeted 2025 as the company aggressively sought mergers and acquisitions in contents to expand its outreach to readers.

The company in January announced to buy The Athletic, online sports news outlet, and in the following month, Wordle, one of the most popular American free word game pastimes played by more than 3 million a day.

The enhancement of cooking and game apps have all helped to drive the traffic into The Times articles to enrich the paper’s ecosystem as the primary goal of investment is to enhance journalism.

For now, The NYT is not studying additional M&As.

“Games, cooking, and whatever purpose may be to come to the newspaper is what we are after. We are adding value onto the bundle,” Dunbar-Johnson said, adding that the value chain has helped the successful “paywall” business model for its digital version despite gradual raise of the wall or limit to free access of articles per month.

The key to its success in a paid model for digital content boils down to quality journalism.

“The central thing is to continue improve journalism. Then understanding consumers, spending a lot of time thinking about whom you want your readers to be, and necessary technology. It comes to how technology can allow creating a compelling journalism,” he said.

He however thinks the print newspaper would last long as important business regardless of digital expansion.

By Sin Hae-lim and Seo Hye-seung