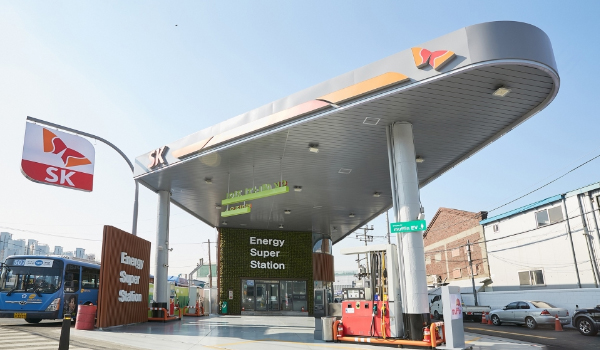 Gas stations in South Korea have come to reflect the changes of times, offering a range of traditional to green fuel, last-mile and repair services under government backing for carbon neutrality and new industries promotion.

According to business sources on Monday, SK energy is working on a plan to add fuel cell facilities to its 3,000 petrol and LPG stations across the country by 2030 on massive spending in multi-billion dollars.

SK energy plans to finance more than 80 percent of the project through external investors, while allowing individual station owners to join the investment for future profit.

The company already opened a so-called ‘Super Station’ in Seoul’s southwestern district of Geumcheon in March, the first of such equipped with a 300KW rooftop fuel cell system capable of producing 2,500MWh electricity per year. The electricity, equivalent to 500 households in the vicinity, can power an electric vehicle up to 43,000 times. 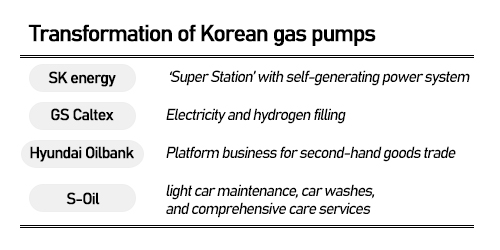 이미지 확대
GS Caltex, S-Oil and Hyundai Oilbank are actively employing idle space in gas stations for energy platform business to offer an array of new services. GS Caltex is expanding an ecosystem of green cars by transforming its gas distributing stations into a total energy service center where not only combustion engine cars but also different types of green cars can power their vehicles. In 2020, the company launched a new energy station in Seoul’s southeastern district of Gangdong to offer not only petrol, diesel, LPG, and electricity but also hydrogen.

By Park Yoon-gu and Minu Kim