KHNP joins Egyptian nuclear project, but other projects in question due to phase-out 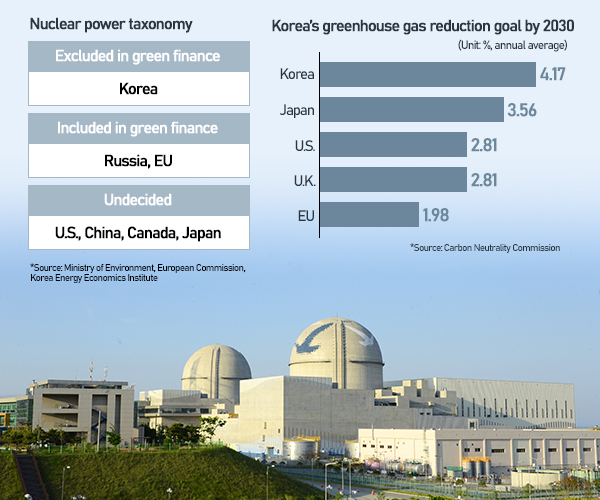 Korea Hydro & Nuclear Power Co. (KHNP), the state operator of nuclear reactors, has entered exclusive talks with Russia to construct turbine buildings for the first nuclear power plant in Egypt, and can raise hopes up for greater overseas opportunities as the European Union is mulling to include nuclear power as green taxonomy, if not for contradicting policy at home.

Whether Korea can sustain the supremacy in nuclear reactor technology amid growing global acceptance of nuclear reactors for carbon neutrality goals is in doubt as financing basis and industry habitat in Korea have been weakening under the government’s mid to long-term policy of phasing out of nuclear power.

KHNP on Sunday confirmed it is joining Egyptian nuclear power project by constructing turbine islands and supplying other equipment for nuclear power plant under construction by Russia’s Atomstoyexport (ASE). Exact financial terms for KHNP’s share were not disclosed,

Once the contract is signed, Hyundai Engineering & Construction and Doosan Heavy Industries & Construction will join as builders and other Korean producers will supply surrounding equipment like coolers, pumps, and valves.

KHNP has been putting out efforts to export home-developed nuclear power plants and technologies as they are under threat of going wasted under the government plan of weaning away from nuclear reactors for energy sourcing.

KHNP is engaged in discussions for nuclear power exports in the Czech Republic and Poland.

Its overseas procurement efforts however could be restrained by financing concerns.

Nuclear has been excluded from green taxonomy guidelines set by the environment ministry on Dec. 30.

An exclusion causes setback in nuclear power plant operators like KHNP to raise funding for exports.

The nuclear power plant project in Egypt is financed by Russia, said an unnamed official from KHNP, whereas solo bids could be hindered by questionable financing by Korean capital.

The European Commission said in a statement that “taking account for scientific advice and current technological progress as well as varying transition challenges across member states,” it considers “there is a role for natural gas and nuclear as a means to facilitate the transition towards a predominantly renewable-based future.”

EU countries like France, Poland, Czech Republic, and Finland with high dependence on nuclear energy as power source are in favor of including nuclear in its Taxonomy regulation while opposed by Germany, Austria, Luxembourg, Portugal, and Denmark that are engaged in nuclear power phase out.

Yoo Seung-hoon, professor of energy policy at Seoul National University of Science and Technology, said that early-phase financing is important to export nuclear power plants and that excluding nuclear energy projects in taxonomy guideline would cause setback in raising funds.

The professor called for the new government to add nuclear energy projects in the system for industry support.

Upon announcing Korean taxonomy last month, the Ministry of Environment said that it will revise the guideline after trial period this year.