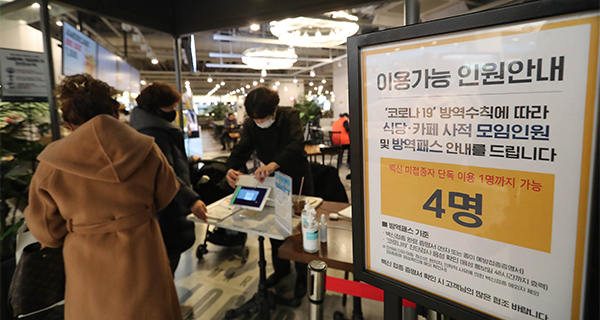 Frustrated by ever-toughening mitigation mandates, South Koreans are increasingly challenging state authorities after a court issued a temporary stay on the enforcement of the so-called vaccine pass - a proof of vaccination completion or negative PCR test results within 48 hours – in learning facilities.

The self-employed business emergency committee plans to file an administrative lawsuit to remove vaccine pass requirement at all multi-use facilities, its co-head Kim Ki-hong told the Maeil Business Newspaper. The committee will request the government to postpone its vaccine pass enforcement on multi-use facilities until the first court ruling is made. If denied, it will proceed with the litigation.

The Seoul administrative court ordered a temporary stay on the state mandate denying unvaccinated teenagers access to cram schools, private study cafes and other learning facilities as the move can infringe civilian rights to learn and choose profession as well as other basic rights. The injunction is valid until the first trial ruling.

Meanwhile, another small business association is planning a protest rally in front of the National Assembly next Wednesday, plus a collective lawsuit for compensation on losses from the state’s social gathering restrictions. The National Parent’s Union is planning for a demonstration against the vaccine pass on Friday. Last month, over 1,000 doctors and ordinary citizens have filed a joint lawsuit to nullify the vaccine pass system. Court hearing on the case is scheduled on Friday.

Following the suspension, the authorities are reviewing other disease prevention measures, according to the Central Disaster Management Headquarters’ press briefing on Wednesday. This could possibly mean re-introducing the rule of limiting the number of people in crowded places.

Minister of the Interior and Safety Jeon Hae-cheol also promised more balanced execution of the vaccine pass system by exempting the requirement in other business sectors and additional improvement in the rule.

Meanwhile, the number of Covid-19 infection and severe case has been on a steady decrease in Korea after daily infections peaked in mid-December above 8,000 cases. As of Wednesday, the severe case count marked 953, down 20 from a day earlier and the lowest in two weeks, according to the Korea Disease Control and Prevention Agency (KDCA). New infections counted at 4,444 on the day, down 26 percent from a week earlier. Intensive care units’ bed occupancy rate also has dropped to 56.5 percent.