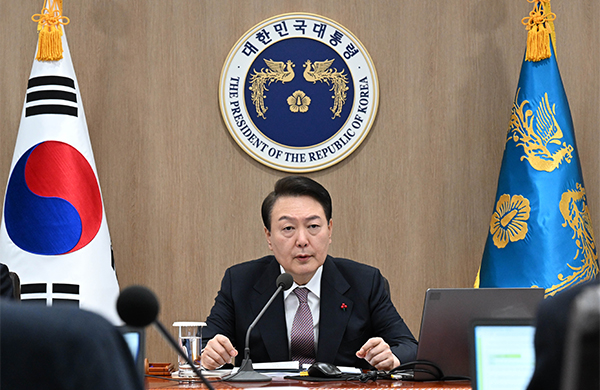 President Yoon [Source : Photojournalists to the Office of the President]

South Korean President Yoon Suk-yeol’s approval rating has risen for the second week in a row since it recovered above 40 percent for the first time in 24 weeks in the third week of December, a poll showed Monday.

The poll was conducted on 2,518 adults aged 18 or older nationwide between Dec. 19-23 by pollster Realmeter commissioned by Media Tribune.

President Yoon’s approval rating managed to inch up after recovering above the 40 percent threshold for the first time in 24 weeks in a previous poll conducted in the third week of this month.

The poll has a margin of error of plus or minus 2 percentage points at a 95 percent confidence level.