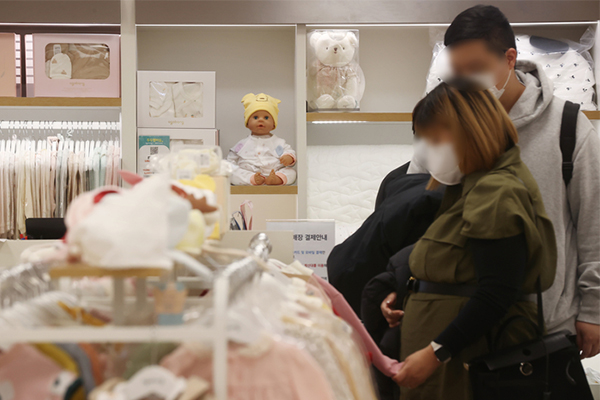 The South Korean government will pay each household with an infant 700,000 won ($540) a month starting next year as part of efforts to boost the country‘s low fertility rate, which is the world’s lowest.

The Ministry of Health and Welfare on Tuesday unveiled a new childcare support plan for 2023-2027, with an extra focus on children under the age of 2.

Those parents sending their baby to a baby care center will receive monthly baby care allowance worth 500,000 won, which will be deducted from their monthly fee to the center.

The current childcare subsidy is 300,000 won a month for a family raising a baby at home and 500,000 won when using a day care facility.

The Korean government is striving to encourage families to have babies as the country is grappling with the world’s lowest fertility rate of only 0.81, while the population is rapidly getting old. The country is projected to officially become super-aged in 2025 with people aged 65 and older accounting for more than 20 percent of the population.

By Hong Hye-jin and Cho Jeehyun