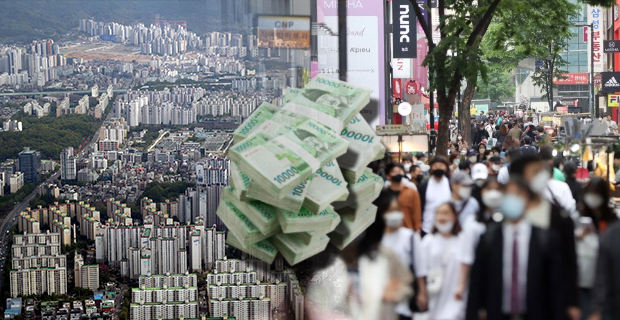 Rich South Koreans in their 30s and 40s have more real estate assets in their asset portfolios than older rich Koreans in their 50s and plan to expand financial assets mostly from stock investment, according to the 2022 Korean wealth report issued by the KB Financial Group on Sunday.

Most of the young rich Koreans used inherited money from their parents and their wages as their seed money to make investments mainly in equities, properties, and bank deposits. On the other hand, the older wealthy Koreans in their fifties or older lined their pockets through business profits and proceeds from financial or property investments.

The young rich Koreans mainly invested in equities to increase their wealth (54 percent), followed by investments in non-residential apartments (36.8 percent), bank despot/saving accounts (31 percent) and residential houses (24.1 percent). They also sought other sources for investment, such as cryptocurrencies and gold or other precious jewels, which amounted to 9.2 percent, higher than the older rich Koreans’ 5.6 percent.

Young and old rich people in Korea expected that equities would a lucrative source of investment down the road. They both picked electric vehicle and battery stocks as promising sectors, while the young rich people also attended to eco-friendly energy and pharmaceutical names. They also pursued high-risk and high-return investments because they are younger.

In terms of property investments, young wealthy Koreans selected residential properties as an ideal source of investment, while their counterparts chose commercial buildings or lands for high returns in the future. Young rick Koreans’ target in assets was 11.3 billion won, lower than 16.2 billion won of old rich people.

By Lim Young-sin and Jenny Lee