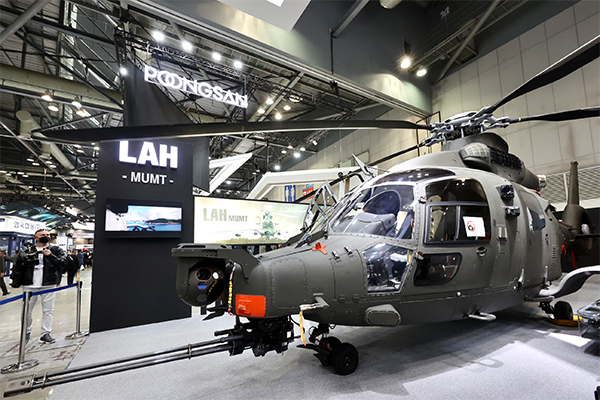 South Korea’s first home-made homemade light armed helicopter (LAH) will be mass produced this year to go on the field within three years.

The LAH production plan was cleared by the Defense Program Promotion Committee under the Defense Acquisition Program Administration (DAPA) on Monday.

South Korea would become the world’s seventh country to have locally developed an armed helicopter.

The LAH armed with a 20mm cannon, 70mm rockets, and locally produced guided air-to-ground weapons will be responsible for defending air assault forces and attacking enemy tanks and wheeled vehicles. South Korea wants to replace its fleet of ageing attack helicopters such as Bell AH-1S Cobras and MD Helicopters MD500 Defenders through the LAH program.

The military started the LAH program with Korea Aerospace Industries (KAI) in 2015 and unveiled the first prototype at the end of 2018. In late 2020, the prototype was cleared for combat use.

From the end of last year to February, a low-temperature test was conducted for the chopper in Yellowknife, Canada, where the average winter temperature reaches minus 32 degrees Celsius.

The committee also approved to earmark 3.3 trillion won for additional large attack helicopters, potentially the Apache, to be acquired overseas. The budget was up by some 130 billion won from an original plan announced last year.

By Kim Sung-hoon and Minu Kim