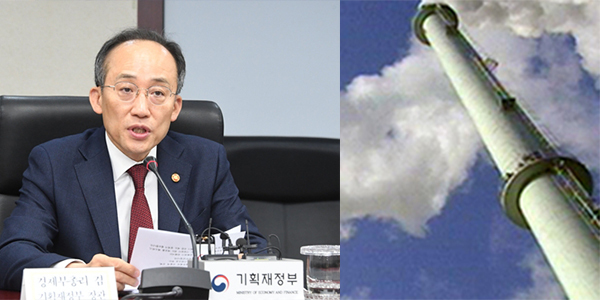 The Korean government is planning to extend an exemption from the value-added tax directive for carbon emission transactions for three years until 2025 in a move to bring vitality to the emerging carbon trade market.

The plan was released during the first meeting of the Emission Allowance Allocation Committee under the Yoon Suk-yeol administration on Thursday. The meeting was presided over by Deputy Prime Minister and Minister of Economy and Finance Choo Kyung-ho.

The government will pursue feasible carbon neutrality, taking into account the affected private sector while maintaining the 2050 neutrality goal, Choo said during the meeting.

To extend the VAT exemption, the government is working to amend the Restriction of Special Taxation Act, which stipulates the sunset date for the VAT exemption on emissions trade as Dec. 31, 2022. An amendment was already submitted to the National Assembly for three-year extension. The government anticipates it to be passed within the year.

Korea first introduced an exemption from its VAT directive for emissions trading transactions in 2016 and the three-year exemption expiration was extended two times.

The government also decided to allow stock brokerages to trade emissions rights from customers on a consignment basis. Under the current rule, 20 securities firms can buy and sell only their own emissions rights.