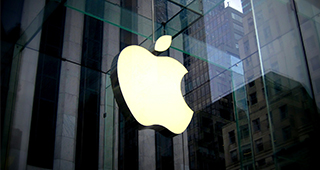 Apple Inc. has agreed to comply with remedial orders from South Korean antitrust agency to voluntarily stop forcing its own set of rates on Korean app developers, a move that would be the first for the American tech giant.

Han’s remarks were made in a meeting with app developers at Gyeonggido Business & Science Accelerator after his visit to NCSoft in Seongnam in Gyeonggi Province.

Apple has been charged by local app developers of levying 30 percent commission based on final consumer price that includes 10 percent value-added tax to result in a 33 percent fee over the supply price, higher than 30 percent charged on foreign platform providers offering their apps in Korea.

The FTC in September launched an on-site probe into Apple Korea and met with executives from U.S. headquarters. The agency has received a promise from the U.S. company to make corrective action by January next year. Apple in a statement Tuesday said that it will calculate commissions on local app developers after excluding value-added tax.

Apple earlier refuted the claims by the local mobile game industry first reported by the Maeil Business Newspaper in September.

Han also told the game and other app providers at the meeting that the agency would soon wrap up a review on penalizing Google for allegedly forcing local game players to release games only through Google app store.

Google filed a suit against the FTC on an injunction to prevent the FTC from accessing its files, but the Seoul High Court in October ruled against the plaintiff.