S. Korea to build Antarctic inland research base by 2030 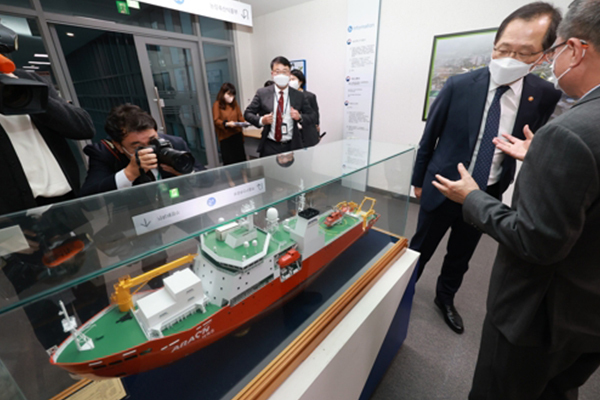 South Korea plans to establish the world’s sixth research station in inland Antarctica by 2030 as well as building an advanced icebreaker to lead global research projects into the little-known polar zones, according to a government plan released on Tuesday.

The first statutory plan for the country’s future vision of polar activities unveiled by the Ministry of Oceans and Fisheries Tuesday encompasses all polar activities such as economic activities, international cooperation, manpower training, in addition to scientific research covering the South and North Poles.

Under the plan approved by the Cabinet on the same day, South Korea will build its first and the world‘s sixth inland base in the South Pole by 2030 after selecting a candidate site by 2027. South Korea currently has two Antarctic research stations -- the King Sejong Station on King George Island and the Jang Bogo Station in Terra Nova Bay. There are five inland Antarctic research stations run by the United States, Russia, Japan and China, and one jointly by France and Italy.

South Korea also plans to construct a 15,000 ton-class icebreaking research vessel (RV) by 2026 on a budget of 277.4 billion won ($205 million). The next-generation RV can break 1.5-meter-thick ice at a speed of 3 knots (5.6km/h) to advance to the high Arctic Ocean at 80 degrees north latitude, replacing the RV Araon, which can only be up to 1 meter thick.

The outline includes the development of a micro-satellite by 2025 to observe the glacier changes in Arctic Sea in real time to predict disaster weather on the Korean Peninsula.

The government also plans to develop an eco-friendly icebreaking container ship capable of transporting containers in the Arctic by 2026 to lay the foundation for Korean shipping companies to safely transport on the Arctic route.

The government will also develop new medicinal substances for antibiotics, dementia treatments, and antibacterial and immunomodulatory therapies by 2029 by utilizing polar biological resources that have survived in extreme environments.