S. Korea expected to shut down its last 3 coal mines by 2025 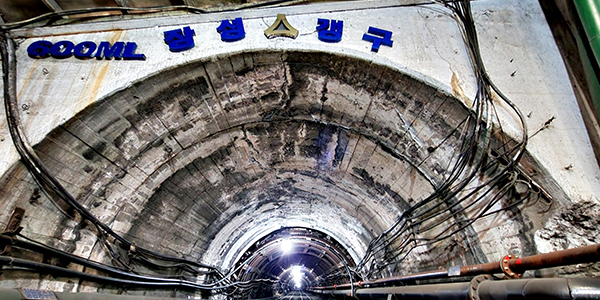 Jangseong Mine [Photo by Yonhap]

South Korea is expected to shut down its last three mines under Korea Coal Corp. (KCC) by 2025 due to decreasing coal output.

The total budget of 158.9 billion won includes lump-sum compensation for miners and the related local government’s purchases of closed mines from the KCC.

The central government is seeking to shut down the mines, as the country’s coal industry has been on downhill over the past 10 years with a sharp fall in productivity. One mine in Hwasun-gun, South Jeolla Province, that turned out 705,000 tons in 1989 has seen output dwindle to 20,000 tons over the latest decade.

In March this year, the government reached an agreement with a union under the KCC to shutter the three mines in Hwasun, Jangseong, and Dogye by 2025. It estimates that the closures by 2025 will save around 600 billion won to 1 trillion won in government budget.

By Park Dong-hwan and Jenny Lee