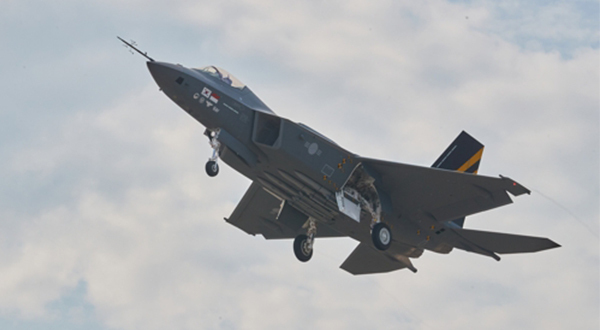 The aircraft flew 35 minutes without a hitch with an average speed of 407 kph near the headquarters of KAI, the jet developer. KAI plans to continue test flights by using the two prototypes.

The DAPA said that four more prototypes, including two twin-seat aircraft, will be produced for test flights in stages from December 2022 until the first half of 2023.

It carried out a successful test flight of the first prototype in July.

With the latest successful test flight of the country’s first supersonic fighter jet, Korea has moved a step closer to becoming the world’s eighth country to own a homegrown stealth aircraft. Only seven countries in the world have their own supersonic fighter jets including the United States, Russia, China, Japan, France, Sweden, and Europe consortium.