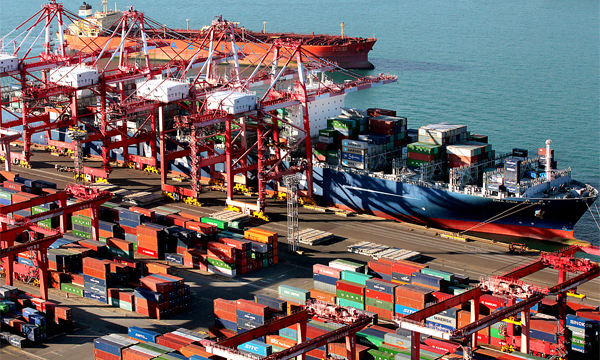 이미지 확대
South Korean sea carriers accused by the country’s antitrust watchdog for price collusion may avoid a bombshell fine of 800 billion won ($674.7 million) as a revised bill under making allows retroactive application if deemed the action had been necessary for national interest.

On Tuesday, the revision bill to the Marine transportation Act, presented by the ruling Democratic Party of Korea, passed a parliamentary subcommittee on agriculture, food and maritime affairs.

According to data obtained by Maeil Business Newspaper, the revision bill added a provision enabling the alleged freight charge rigging by local shippers for their service on a Southeast Asian sea route, first reported to the Fair Trade Commission in 2018, to be retroactively be deemed as a “legitimate” collaborative action under the new shipping act.

The revised bill proposes the FTC to accept collective action in setting freight fees and the government regulates according to the law.

In May, the FTC sent out screen reports to the accused 23 shipping companies, including the country’s sea flag carrier HMM Co. and Korea Marine Transport Co., notifying them that they may be subject to a fine worth 10 percent of their annual sales, which amount to as much as 800 billion won, for raising the freight charges of their Southeast Asia route in unison from 2003 to 2018.

The accused companies strongly resisted, saying that their joint action is legitimate under the Marine Transportation Act. Lawmakers have also taken sides with the shippers, proposing a revision bill to nullify the FTC’s decision.

The proposed revision bill must pass the Legislation and Judiciary Committee to put to vote in the National Assembly’s plenary session.

By Park Dong-hwan and Lee Soo-min