Seoul prepares the country to incremental "living with Covid-19” mode 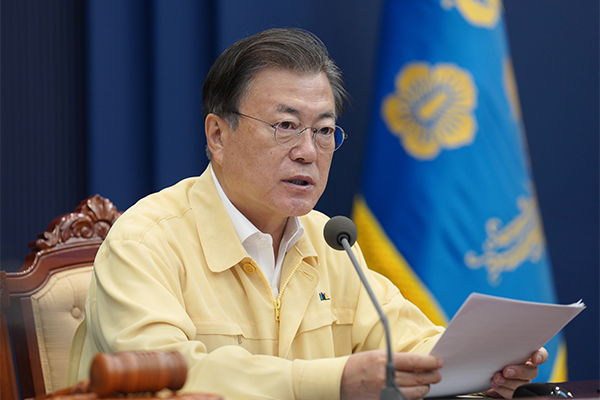 South Korea reaffirmed that quarantine response will be shifted to a “living with Covid-19” mode starting late October or early November to normalize everyday lives.

In a cabinet meeting on Tuesday, President Moon Jae-in said “we cannot put off normalization forever” even as the daily infection courts reach new heights in four-digit numbers due to hardship on small merchants and self-employed.

The government plans to draw up a roadmap to incrementally normalize lives after coordination with experts.

“The surest way to alleviate these difficulties is to quickly move to the daily recovery stage where quarantine, vaccination, people’s livelihood, and the economy can work in harmony.”

Regarding the transition to a normal life, Kwon said it would be late October or early November when the vaccination rate is estimated to reach over 90 percent in the elderly and about 80 percent in adults.

As part of possible action plans, Kwon said the government is reviewing measures to ease social distancing rules for private gatherings and multi-use facilities from early November, adding a vaccine pass could be introduced for those who have completed inoculation like in Britain and Germany.