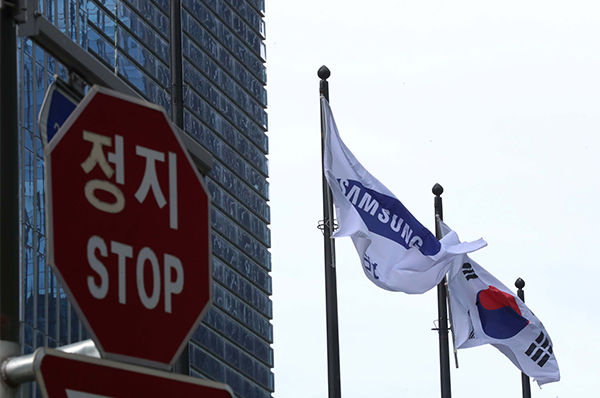 The South Korean government moved to respond to the pressure Korean chip majors may face from the U.S. government to hand over sensitive data to check on their inventories and enhance transparency in the chip supply chain to resolve protracted chip shortages.

On Friday, local time, the U.S. Department of Commerce requested global chip manufacturers for public comments on their product supply chain, including those on management data such as annual sales for the years of 2019, 2020, and 2021, orders, inventory, and customer information. It also asked companies to indicate technology nodes, semiconductor material types, and device types, as well as to list top three current customers and the estimated percentage of that product’s sales accounted for by each customer, according to its website.

The comments were requested not only to chip manufacturers and raw materials and equipment makers but also players in automotive and information technology sectors that are customers of chipmakers. They were asked about their monthly chip orders, production setback as a result of chip supply crisis, their six-month purchase volume, and purchase contract period.

The due date for filing comments is November 8. Although the comments are voluntary, the Joe Biden administration is weighing invoking Defense Production Act or other national security related mandates to force compliance.

Qualcomm and Nvidia are Samsung Electronics’ biggest foundry customers when excluding internal trade in system chip sector. Google and other multiple global IT firms are also projected to be fabless customers of Samsung. 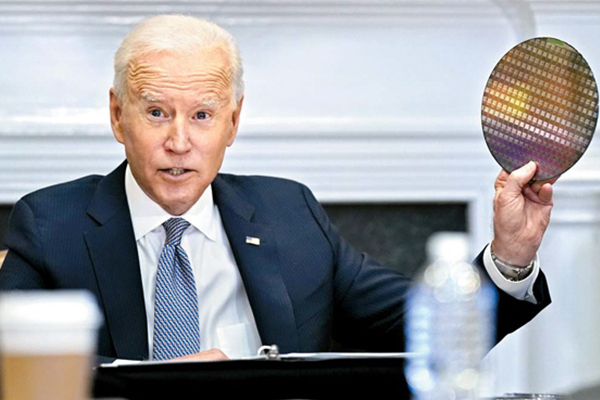 U.S. President Joe Biden holds up a silicon wafer while speaking in a virtual summit meeting with chip and auto executives at the White House in April. [Photo by Yonhap]

Customer name and each of its sales data are considered confidential information that a company cannot disclose as doing so affects securing new customers and future contract price negotiations. It also exposes strengths and weaknesses to industry competitors.

The fact that the survey applies to companies outside the U.S. is also an issue of concern.

The Biden administration convened three semiconductor supply chain meetings in April, May, and September. The meeting was attended by global chip manufacturers, IT companies, and vehicle makers, including Samsung Electronics, TSMC, Intel, Apple, MS, GM, and Ford, most of them in which are key participants in forming system chip supply chain.

SK hynix also has been included in the survey list questioning status on integrated circuit type, raw materials and facility type, product lead time, largest order backlog, inventory condition, bottleneck in the supply chain, and supply distribution. It also requests comments about facility expansion plan in the next six months and elements to consider upon expansion.

The information could be used by Washington to pressure companies to expand investment in the U.S..

Samsung Electronics pledged $17 billion to build a next-generation foundry in the U.S., with possible locations Taylor or Austin in Texas.

SK hynix also recently announced to invest $1 billion to build a research and development center in Silicon Valley. SK hynix could be asked to build a manufacturing facility in the U.S. as it only has production sites in Korea and China.

While refraining from making a public statement, the government has immediately moved to coordinate with the concerned companies and industry organizations for response.