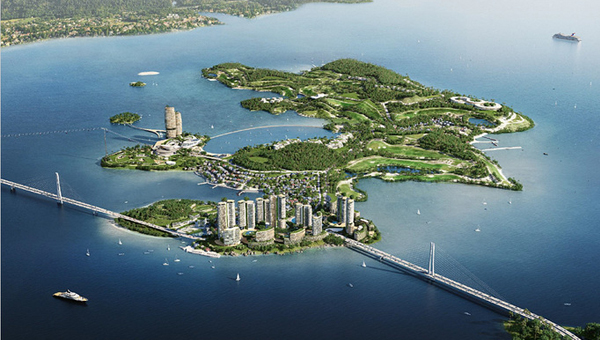 이미지 확대
A multibillion-dollar project by Mirae Asset Financial Group to develop South Korea’s southernmost port city of Yeosu is on the brink of a collapse on environmental challenge and regulatory oversight on the funding.

According to sources from the investment banking industry on Thursday, Mirae Asset Financial Group Chairman Park Hyeon-joo has commanded executives to reexamine the Yeosu development project with the possibility of killing the plan altogether after the project has invited complaint from the Yeosu city council and FTC probe.

The financial group announced the 1.5 trillion won ($1.3 billion) infrastructure plan at the end of 2016 for completion in 2022. The project however has been stalemated on allegations for property speculation and illegal funding.

Jeonnam Development Corporation picked Mirae Asset Financial Group as the final winner to carry out the Yeosu development project in 2016. As part of a project to develop a coastal tourism complex in Gyeongdo in Yeosu, the group planned to build an apartment hotel, but it took five years to receive a conditional approval from the city amid opposition from local people complaining about possibility of real estate speculation environmental harms.