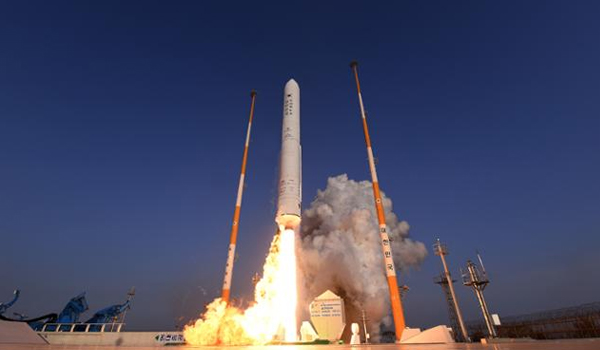 The completely assembled rocket, also known as Korean Satellite Launch Vehicle II (KSLV-Ⅱ), is now on standby for transport to a launch pad and liftoff on Oct. 21, according to the Korea Aerospace Research Institute (KARI).

With the October flight goes successful, South Korea will become the world’s seventh country with independent capabilities to launch an over 1-ton satellite into orbit from its own soil following the United States, Russia, France, Japan and China among others. 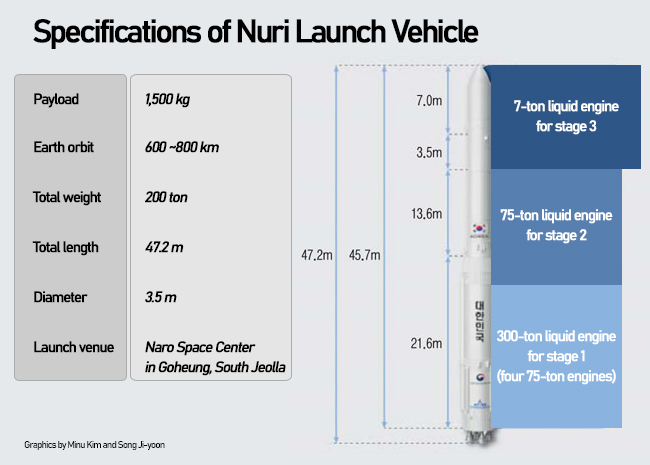 The October flight will mark South Korea’s first domestic orbital launch attempt. In 2013 when Naro-1 (KSLV-Ⅰ) lifted off the ground, the launch was boosted by a Russian-made engine for Stage 1 flight.

Whether Nuri will be successfully launched on the planned date cannot be guaranteed as the blastoff hinges on weather conditions. In the last 10 years, 54, or 6 percent of 948 rocket launches were unsuccessful.

The Nuri launch is of great significance to South Korea, but Korea`s rocket technology still has a long way to go compared to the U.S. where advanced launch vehicle technology, including reusable boosters, are being developed. The local scientific community also raises concerns that follow-up development plans after Nuri have yet to be decided.