WKF: Korea should not doubt US alliance after Afghan withdrawal: Heritage Foundation 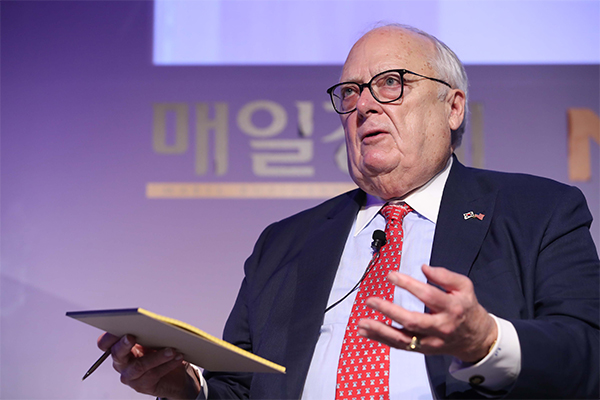 South Koreans need not worry about any changes in security alliance with the United States including troop drawdown following the American withdrawal from Afghanistan as the two nations consider one another “brothers and sisters”, according to Edwin Feulner, founder of Washington-based think tank Heritage Foundation.

“I would like to reaffirm something right here in Seoul,” Feulner said, during a session on “The Heritage Foundation Dialogue in Seoul: Views from Washington” at World Knowledge Forum on Thursday. “Afghanistan [withdrawal] … is a tragedy on personal level and humiliation on national security but it’s very different from what we have here.”

Feulner said that the U.S. and South Korea are “brothers and sisters standing side by side with each other” and that “American commitment to bilateral relationship with South Korea is very real and uniformly accepted by both sides.”

“We believe in our alliance, friendship,” he said.

The session – moderated by Anthony Kim, policy analyst at The Heritage Foundation – was joined by two other think tankers James Carafano, vice president for National Security and Foreign Policy at The Heritage Foundation, and Reince Priebus, who served as the White House chief of staff to President Donald Trump for seven months in 2017 and chairman of the Republican National Committee. 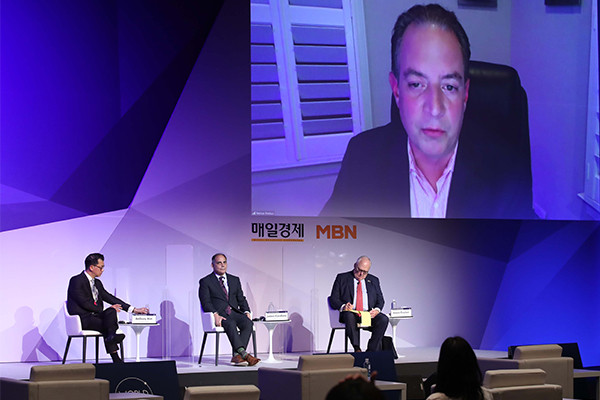 The discussion came at a time when the U.S. has been finger-pointed at for a wide range of issues as world’s largest economy and power under the Biden administration entering six months of office.

“He [Biden] came into the White House – supposed to be the guy, not chaotic, not tween bunch of things, very predictable, professional, and experienced,” Priebus said. “People are starting to question policies of President Biden.”

With regard to China, Priebus said that the U.S. administration is “offering very little clarity” in its positions and “sort of continuing the Trump administration’s position” in terms of tariffs on products.

Trying to figure out and know the unknown will be a big task for the Biden administration.

“Consider and think about the effects of withdrawal in Afghanistan to allies, also leadership in North Korea… does it make allies in South Korea doubt the relationship with U.S. when they watch the activity in withdraw in Afghanistan?” Priebus said.

The U.S. is committed to Taiwan’s freedom, the question is, Priebus said, “if something happened in Taiwan, and South China Sea, is there a question in Asia in regard to the resolve in U.S.? That’s the risk and result of what Biden did in Afghanistan.”

Carafano noted that it is a “good opportunity for the U.S. to worth with allies” and that “the fundamental stability of U.S. as a global power is there.”