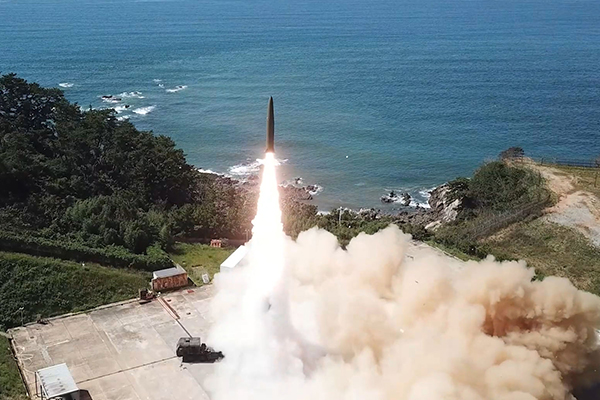 South Korea has become the world’s seventh county operating a submarine-launched ballistic missile (SLBM) after it succeeded in its test launch on Wednesday, setting off an intensified missile development race with North Korea.

President Moon Jae-in along with key military officials inspected the underwater ejection at a local test center of the Agency for Defense Development (ADD). The news came hours after North Korea fired a pair of ballistic missiles into the East Sea and two days after Pyongyang claimed its succeeful launch of its newly developed long-range cruise missiles.

"Possessing an SLBM has significant meaning in securing deterrence against omnidirectional threats, and it is expected to play a key role in building self-defense capability and peace on the Korean peninsula,” Cheong Wa Dae said in a statement.

The test would make South Korea the seventh country in the world to field such a weapon system following the United States, Russia, China, the UK, France, and India.

South Korea has run the SLBM development program based on the country’s Hyunmoo-2B ballistic missile, which can travel over 300 miles.