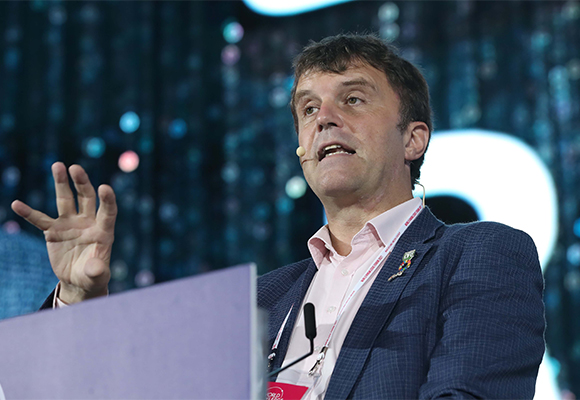 “We should create a new architecture of climate cooperation, collaborating with non-state actors that have become increasingly powerful, in support of the three pillars of the Paris Climate Agreement: mitigation, adaptation and finance,” said Topping during a talk with Yoon Sun-jin, co-chair of Korea’s 2050 Carbon Neutrality Commission, on the theme of strengthening collaboration and driving action on climate change.

“To achieve zero-carbon emissions as soon as possible, we need to bring out solidarity between 195 countries participating in the Paris Climate Agreement,” said the U.K. high-level climate action champion for the 2021 United Nations Climate Change Conference dubbed COP26 held in November

While calling for collaborative initiatives across all industrial sectors, he underscored that cooperation and competition must go hand-in-hand in tackling climate crisis with countries around the globe competing with each other to set a benchmark.

He encouraged Korea to ramp up its zero-emission goal as it has launched a task force to bid for the hosting of the 28th session of the Conference of the Parties (COP28) in 2023. 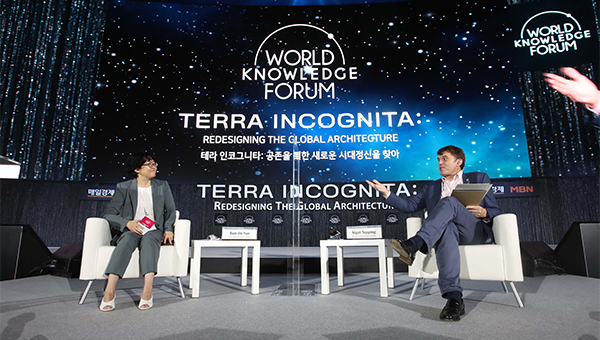 While congratulating Korea’s has fast achieved development as an “inspirational model,” its rapid development also has been accompanied with high emissions, he pointed out.

He encouraged the country to go more proactive in nationally determined contribution (NDC) goal for 2030, where Korea vows to cut emissions 35 percent from 2018 levels to set a regional example by raising it to the levels of advanced economies.

Topping also pointed out the historical asymmetry as to who caused the emissions and who suffered the most and called for developed countries to allocate more funding to support financing climate change mitigation measures. COP26 is committed to delivering $100 billion every year in climate finance from developed countries to help developing countries, Topping said.