이미지 확대
The 22nd World Knowledge Forum, the largest business forum in Asia hosted by South Korea’s largest business media Maekyung Media Group, will kick off on Tuesday at the Jangchung Arena and Hotel Shilla in central Seoul for a three-day online and offline run in the biggest-yet scale.

About 300 gurus and leaders from political, economic, business and technology sectors around the world will attend this year’s forum comprised of 160 sessions under the theme of “Terra Incognita: Redesigning the Global Architecture.”

Sandel will meet with Song Young-gil, the chairperson of Korea’s ruling Democratic Party, and Lee Jun-seok, the leader of the opposition People Power Party, to discuss the fairness for the current era.

Edwin J. Feulner, founder of the U.S. conservative think tank The Heritage Foundation who joins the event for five times, on Sunday hopes that this year’s forum can guide world to a smooth landing after near two-year-long global pandemic. 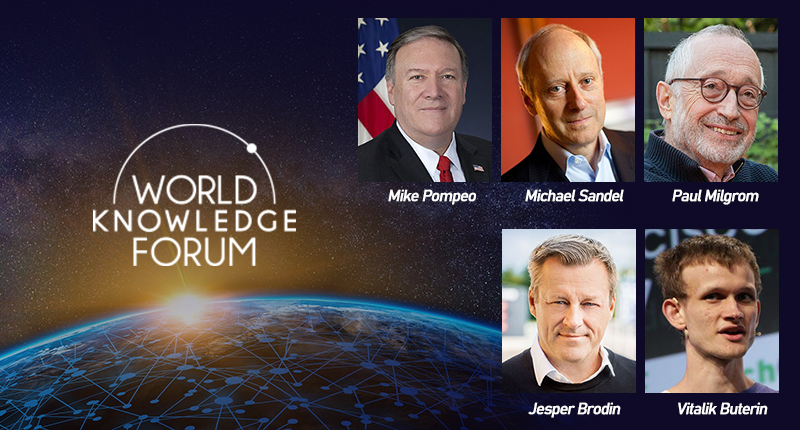 이미지 확대
Security and economic cooperation between the U.S. and Korea is a must at a time of facing challenges after Taliban’s takeover of Afghanistan, Feulner emphasized, raising anticipation of meaningful messages for both countries during the event attended by Pompeo.

Esko Tapani Aho, Finnish politician who served as Prime Minister of Finland in 1991-1995, arrived Seoul on Sunday and emphasized the importance of discussing and agreeing on rules and regulations to deal with the unprecedented situation like the Covid-19 pandemic during public forums like the World Knowledge Forum.

This year’s WKF will be run with both online and offline sessions like last year. Fifteen free sessions including the opening ceremony and keynote speeches will be live-streamed on WKF’s YouTube channel and available on Naver TV, Twitter and Tik Tok Live as well.

Pay subscribers will be able to watch the entire sessions throughout the year by downloading the WKF app.