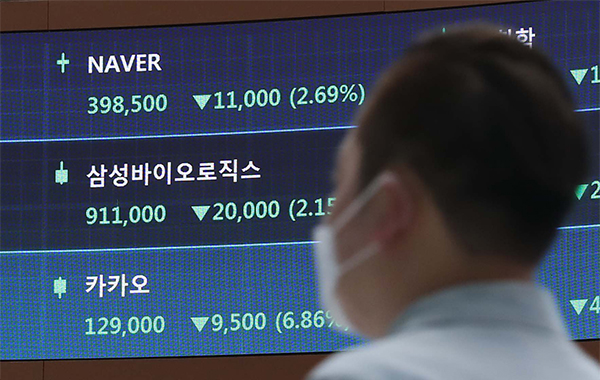 Naver and Kakao shares extended their losing streak for three days in a row on Thursday, with their share prices closing at 399,000 won ($341) and 128,500 won, respectively, losing 2.56 percent and 7.22 percent from the previous session. The two lost a combined 6.2 trillion won of their market value in the morning session on Thursday.

Investors have been dumping the IT heavyweights as the country’s political circle has initiated discussions whether stricter regulations are necessary to rein in tech giants’ aggressive expansion across the board and fast ascent in the stock market that have allowed them to wield unprecedented power. Regulations on the IT sector has become a global hot button issue especially after China’s months-long regulatory crackdown on tech companies. 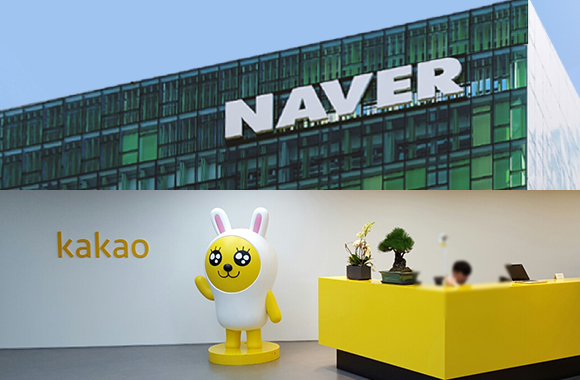 이미지 확대
The platform fee of about 20 percent is a huge burden on consumers and small retailers, and the government must level the uneven playing field between platform operators and participants, said Rep. Yun Ho-jung, floor leader of the ruling Democratic Party of Korea (DPK) on Wednesday.

DPK representatives Song Gab-seok and Lee Dong-ju recently held an open symposium, where key party figures voiced their opposition toward market dominance of big-tech platform companies. DPK chief Song Young-gil said that there are various problems arising from excessive market dominance in the shadow of Kakao`s success story, suggesting necessary measures should be taken at the level of the party leadership.

On Tuesday, financial regulators also announced that recommendations of financial products like insurance or investment products by financial platforms such as KaKao Pay and Naver Financial will be regarded as intermediation rather than advertising, and therefore they should register with the Financial Services Commission (FSC) to continue operation under the Financial Consumer Protection Act.

The move by lawmakers and financial regulators catalyzed a sharp fall in Naver and Kakao share prices this week.