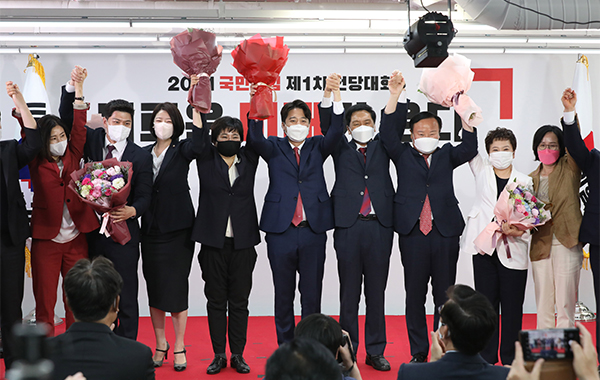 A 36-year-old Harvard-educated politician who had never won an election became the chief of the main opposition People Power Party (PPP), the traditional conservative party notorious for rigid and old-school ways.

Lee Jun-seok, credited for exciting young wave in politics, won the party primary for chairmanship with 42 percent voter rate, defeating his rival Na Kyung-won, a former floor leader of the party at 31 percent, the PPP announced at its party convention on Friday.

Earlier, the party’s election commission conducted a vote on 328,000 electors from Monday to Thursday and the final winner was determined by a combination of party member votes (70 percent) and opinion polls from the public (30 percent).

The electoral college turnout was a record 45.36 percent, reflecting heated interest in the election of a new PPP leader who will helm the party`s presidential and local election campaigns next year.

Lee himself cannot run in the presidential election next March as the law mandates a presidential candidate minimum 40 years old. 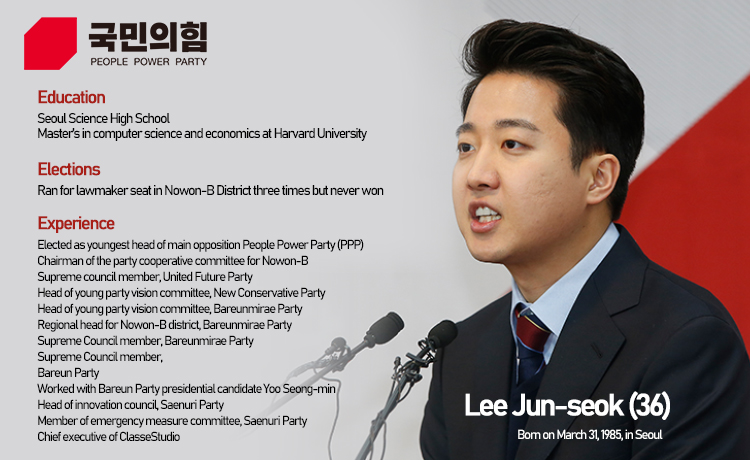 이미지 확대
The youthful chief vowed to regularize debating for policy design and appoint a spokesman through auditioning.

Lee debuted in politics through impeached president Park Geun-hye while he was running a venture to provide free education for low-income students in 2011. Although he actively engaged in policy designing for youth issue and ran for a parliamentary seat three times, he has never won. The political radical who does not have a campaign office or car and directly communicates through SNS contributed to the win of Oh Se-hoon in the Seoul mayoral by-election in April by highlighting the follies of government policies that hardened the lives of 20s and 30s.