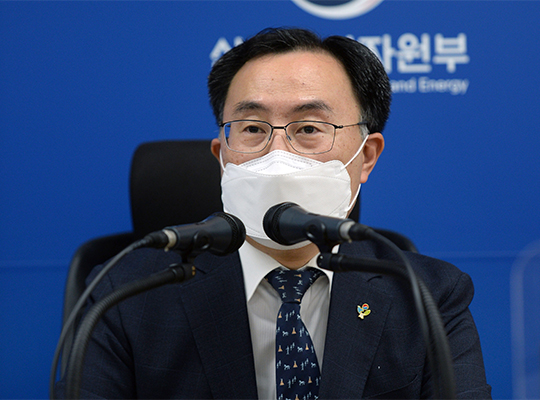 Moon Seung-wook. [Photo by Minister of Trade, Industry and Energy]

South Korea is subtly adjusting its policy to phase out of nuclear fuel and revisiting reactor technology after it was approached by the U.S. for partnership in next-generation reactor generation for common carbon-neutrality goals.

“The government will apply for a preliminary feasibility study this fall for small modular reactor development to defend the country’s competitiveness in nuclear reactor technology,” said Moon Seung-wook, the country’s new Minister of Trade, Industry and Energy, in a press briefing on Tuesday.

“Construction of new nuclear reactors (in Korea) can be discussed after the safety issue is resolved. In the meantime, the government will do its best to back development of next-generation reactors.”

Seoul’s unwavering commitment to go nuclear free by decommissioning aged reactors without building any new ones has devastated the reactor industry and hard-won home-grown reactor technology over the past four years.

But the guard was suddenly let down after last month’s Korea-U.S. summit where the two presidents agreed to cooperate in reactor projects in other countries based on the Korea’s proven technology.

Instead of costly reactors, small modular reactors (SMRs) are gaining grounds amid increasing commercial nuclear activity across the globe for carbon commitment.

An SMR is a small-scale nuclear reactor with a capacity less than 300 megawatts (MW) that contains major components such as pressurizer, steam generator and reactor coolant pumps in a single module. The technology has been drawing renewed attention after U.S. billionaire Bill Gates said he will establish SMRs via startup TerraPower. 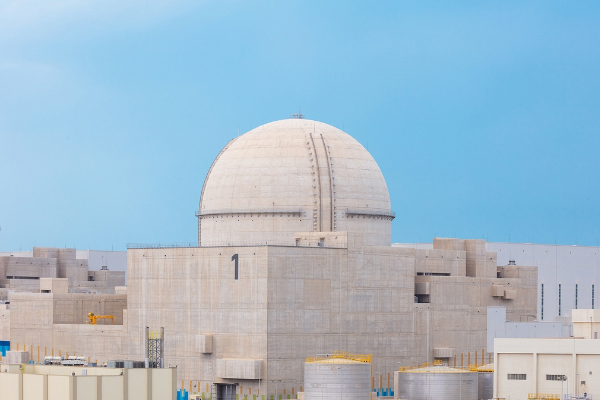 이미지 확대
Nuclear power would “play a role” in achieving the state’s carbon neutrality goal, he said. “There are 24 reactors under operation in Korea and the number would go up to 26 when Shinhanul 1 and 2 units are completed. Although the government plans to reduce the number to 11 by 2050, reactors still will be responsible for primary energy sourcing,” he added.

Moon stressed that the government will keep looking for opportunities to participate in overseas nuclear projects, and the latest nuclear cooperation pledge with Washington is in line with the efforts.

Seoul is said to be in talks with Iraq to help the country suffering from power shortages and frequent blackouts construct nuclear power plants, according to a Bloomberg report on Tuesday (local time).

The Iraqi Radioactive Sources Regulatory Authority (IRSRA) had discussed cooperation with Russian and South Korean officials to build eight reactors capable of producing about 11 gigawatts, Kamal Hussain Latif, chairman of the authority, was quoted as saying. He also said Korean officials expressed their willingness to participate in the $40 billion plan and offered a tour of reactors in the United Arab Emirates run by Korea Electric Power Corp. (KEPCO).

But KEPCO spokesman said the company is not aware of the plan, according to Bloomberg.