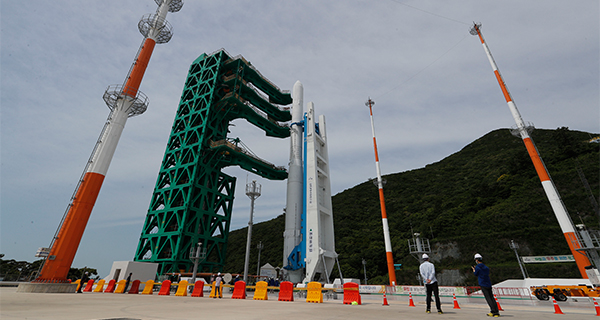 South Korea unveiled Tuesday a fully assembled model of its homegrown space rocket for the first time since the country began its development in 2010.

The real-life qualification model (QM) of the space launch vehicle named Nuri was transported and erected on its launch pad at the Naro Space Center in Goheung, 294 miles south of Seoul, for testing for one month, the Ministry of Science and ICT announced on Tuesday.

The procedure will test rocket fueling and an interface with the launch pad, which was also developed with local technology. This is the last testing procedure before the official launch of an actual rocket in October this year. 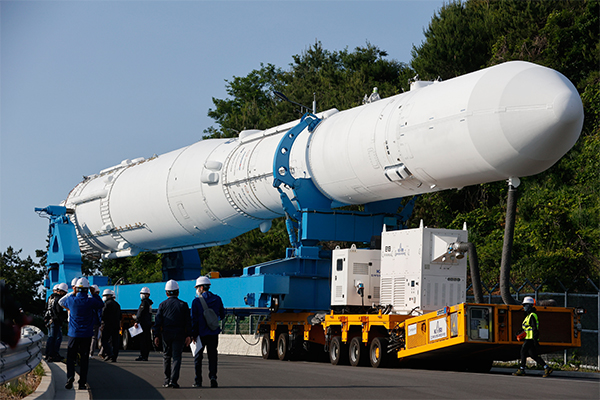 The actual flight model (FM) of the three-stage space rocket will be used to place a 1.5-ton satellite into orbit 373 to 497 miles in altitude in October. The FM rocket’s third stage has been assembled, while the other two stages are currently being built, according to the science ministry.

The launch platform at the Naro Space Center is composed of an `umbilical tower`, which is a structure for supplying fuel to a standing rocket from the ground, as well as a propellant supply system and a rocket standing device. All equipment for this launch pad system was manufactured with South Korean technology.