U.S. offer of vaccines to Korea doubled to 1 million, helping to finish 1 jabs on 27% by H1 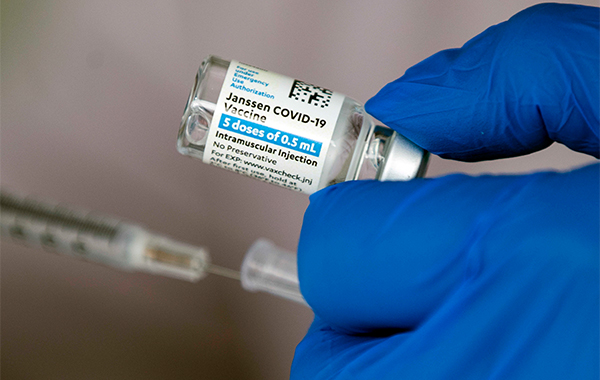 The United States has doubled the offer of Covid-19 vaccines to South Korea, helping to accelerate vaccine program to complete first shots for 1 million extra to 14 million people, or more than a quarter of the population, by the end of June, the government said.

The U.S. shipment of 1,012,800 doses of Johnson & Johnson vaccines is arriving this week, said Prime Minister Kim Boo-kyum at a central disaster management meeting on Sunday.

The amount almost doubles the promise of 550,000 doses to cover South Korean servicemen during President Moon Jae-in’s state visit to the United States on May 21.

“The arrival of more than expected vaccines from the U.S. can help to cover 1 million extra people, and we plan to finish administration of first shots on 14 million people by the first half,” said Song Young-rae, spokesman for the Central Disaster Management Headquarters in a briefing on Monday.

Under the plan, 27 percent of the country’s 51.35 million would receive first of two-jab vaccines by the first half. The J&J vaccines arrive on Wednesday via U.S. military cargo jet.

Because J&J single-shot Covid-19 vaccine was approved for use in Korea on April 7, it can be immediately injected upon arrival. Additional process for emergency use will also be applied to the doses, and the Ministry of Food and Drug Safety will conduct a quality inspection.

Ten million people in the U.S. including U.S. armed forces have so far been vaccinated with the shot, and the Janssen vaccine has proved its effectiveness against the Covid-19 variants first identified in South Africa and Brazil as well.

The 1 million doses will be administered to 538,000 reservists aged 30 or more, 3.04 million members of civil defense and 137,000 people in the defense and foreign affairs fields within next month.

Moderna vaccine inoculation is also expected to begin in June after the arrival of the first batch due on Tuesday.

By Kim Si-gyun and Lee Ha-yeon