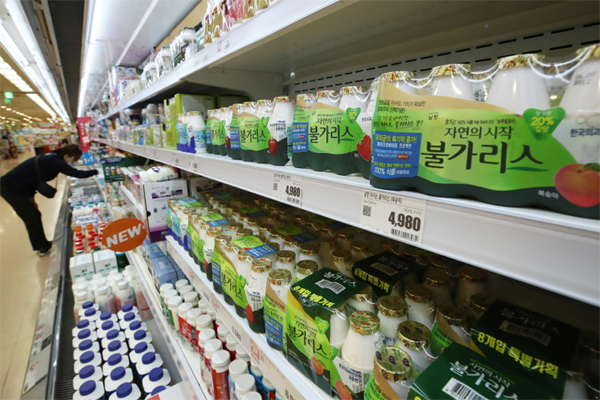 South Korean police on Friday launched a raid on the headquarters of Namyang Dairy Products Co. and five other locations after the Ministry of Food and Drug Safety accused the company of misrepresenting the effectiveness of its yogurt product in containing Covid-19.

The dairy producer is embroiled in controversy after it announced in a symposium earlier this month that its mainstay yogurt product Bulgaris has anti-Covid-19 effect without going through animal or human clinical trials. The food authority filed for a two-month suspension and criminal investigation on the company for violating the Food Labeling and Advertisement Law.

The authority is accusing the company of holding the symposium for promotion purpose instead of pure academic purpose. The research is also based on an anti-Covid-19 cellular experiment on one of its seven Bulgaris products but Namyang Dairy Products specified during the symposium as if all of the products were effective.

The food ministry initially filed a complaint against the company with Sejong police but the office in Seoul picked up the case to look into the headquarters.

The police plan to secure related documents through the raid and investigate under what grounds the company held the symposium and whether it had false advertising intention, although the investigation is focused on violation of Food Labeling and Advertisement Law.