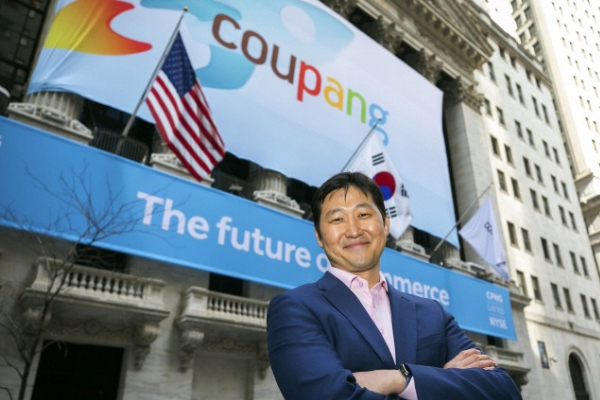 The legal representative will be the company, not Kim Bom-suk, founder and CEO, because the Korean law does not recognize non-Korean national as business representative. Kim is an American citizen.

The antitrust authority said Thursday a total of 71 business groups will be categorized as conglomerates, which are subject to special regulations such as mandatory disclosure of inter-affiliate transaction, from May 1. The representative director for each conglomerate was also named, who will be held responsible for any business-related misconducts. The head of a conglomerate like CEO or the largest shareholder is usually made the representative director.

Coupang has been newly included in the FTC’s conglomerate list as its asset value exceeded 5 trillion won as of the end of 2020.

FTC said it was unable to designate Kim as the legal chief of Coupang because he is a foreigner, thus not subject to local laws. This allows Kim be free of any regulatory requirements, such as reporting on business transactions with his family members or other specially affiliated parties.

The agency said it has begun the review on the case, where company headed by non-Korean citizen but with family members in Korea, falls in to the conglomerate category. It plans to make necessary revisions in regulatory standards after the review.

In addition to Coupang, seven companies including Hyundai Marine & Fire Insurance and Korea Aerospace Industries will be newly included the FTC’s conglomerate list.