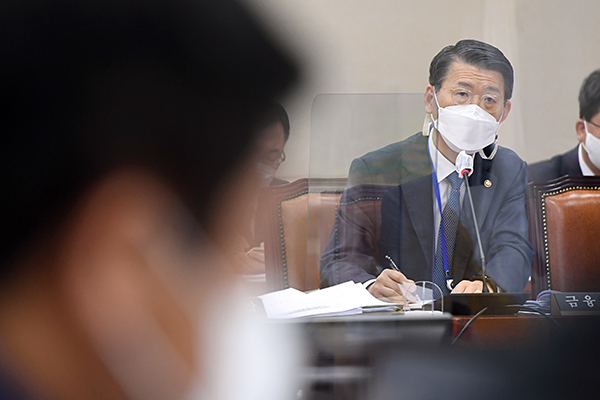 Financial Services Commission (FSC) chief Eun Sung-soo during a National Assembly hearing on state affairs on Thursday warned cryptocurrency exchanges that have mushroomed to 200 could suddenly disappear in September when a new law goes into effect.

“Honestly, I would advise people not to invest in cryptocurrency because it’s too volatile and risky,” he said.

The authority has been receiving applications for registration under the revised regulation called the Act on Reporting and Using Specific Financial Transaction Information but no one has applied yet, he added.

Cryptocurrency exchanges must register their business with the Financial Intelligence Unit (FIU) under the FSC by Sept. 24 after forging partnership with local commercial banks to enable investors to trade with real name bank accounts. The government has revised the act to only allow virtual currency trade backed by real name bank accounts to curb speculative investment. 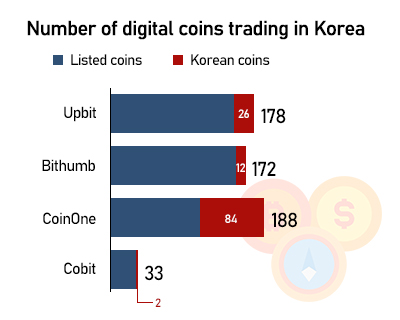 이미지 확대
There are only four crypto exchanges – Upbit, Bithumb, CoinOne and Cobit – that have real name account partnership with local lenders.

Lawmakers urged the financial authorities at the meeting to take action to protect investors because there is no framework to control the investment despite the recent surge in digital currency trading.

Rep. Kim Byung-wook from the ruling Democratic Party accused the authorities of negligence despite the tremendous amount of money transaction on digital coins. “I’m not saying that the authorities should take responsibility for investors’ losses but they at least have to set up a framework to keep investors informed about the trading,” Kim said.

Eun said the government has been sending a consistent message that the digital currencies are not real assets and it is better not to invest in them.

According to the country’s largest crypto exchange, its altcoin index is down 9 percent by 1:15 p.m Tuesday. On another major exchange Bithum, Bitcoin price fell 12.3 percent while smaller alternative coins all fell in bigger double-digit numbers.

By Yoon Won-sup and Choi Mira