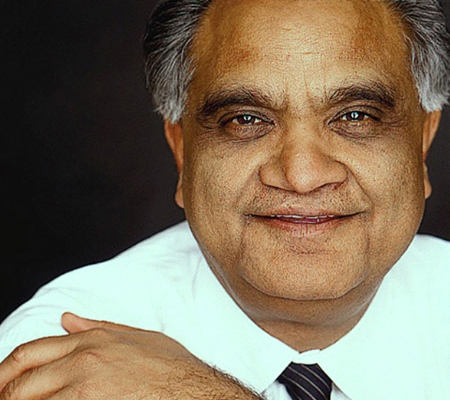 In today’s rapidly changing digital world, a business must build an ecosystem delivering customers unique value curated by artificial intelligence (AI) to survive cutthroat competition, advised a top business consultant who has mentored some of the world`s biggest companies for decades.

"Are you afraid of being overtaken by a digital competitor? Think again. It`s not the individual company that threatens you. It is the ecosystem it forges," Ram Charan said during a recent telephone interview with Maeil Business Newspaper on his new book `Rethinking Competitive Advantage: New Rules for the Digital Age` published in the United States.

Charan took Amazon as an example, noting the e-commerce giant allows independent merchants to use its digital platform to reach consumers. As part of Amazon`s e-commerce ecosystem, these merchants gain access to more customers, and Amazon offers customers more choices. The merchants grow, and Amazon grows, too. As a result, the `Amazon ecosystem` continues to expand, threatening offline commerce. In 1999, only 3 percent of Amazon`s total sales were commissioned by third-party merchants, and it rose to 58 percent in 2018.

Apple has also created an ecosystem of musicians and developers who reach consumers through Apple Music and the App Store. Today, Apple`s developer event WWDC has become an event that is viewed by 22 million people around the world. But Nokia and Motorola, which were once the strongest players in the mobile industry, failed to build their own ecosystems and lost ground to late commers in the mobile phone market.

Non-tech firms can also lead ecosystems, said Charan, citing the Softbank Vision Fund led by SoftBank Chairman Masayoshi Son. The fund is not just investing in companies. It is trying to create ecosystems where the companies SoftBank invests in help each other, he explained.

It is also important for a company to build an ecosystem that can deliver each customer special value tailored to meet different needs and tastes, said Charan, suggesting that companies rethink their competitive advantage in the rapidly changing digital world.

Technology is not everything. To compete in the digital age, leaders must change.

"Leaders must be honest with themselves," Charan said. "They have to ask themselves whether they have the mindset to learn." Without such a mindset, their companies will not adapt to the changing world, and activist investors could intervene.

Business leaders should familiarize themselves with technologies such as artificial intelligence to personalize the customer experience, he advised.

Throughout his new book, Charan argued that businesses should think of ways to use digital technology and ecosystems to create a market that is 10 times or even 100 times larger than now.

Since people, culture, and work design are the sources of such innovation, leaders should rethink them as well. He also said that rather than obsessing over earnings per share, leaders should focus on the potential for increasing returns and cash generation.