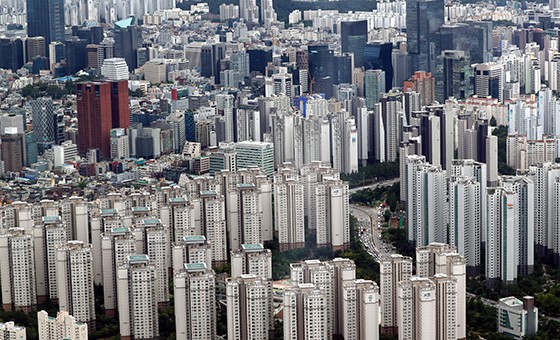 Home transactions increased not only in apartments but across all housing types such as multi-family houses like villas, suggesting that those without own houses went on panicky buying spree. 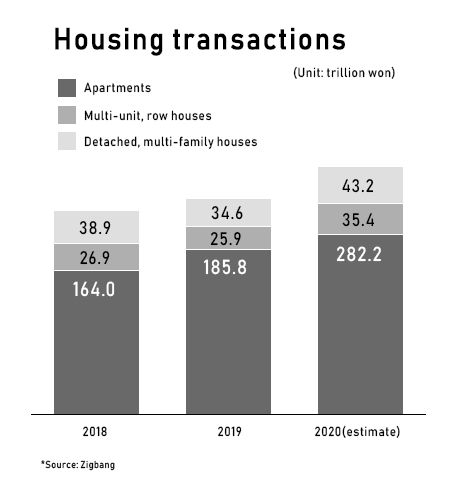 이미지 확대
Housing transactions in Gyeonggi Province, in particular, surpassed the 100 trillion won threshold at 110.69 trillion won as tenants in Seoul were forced to look outer region due to scarcity in rents.

It is the first time for sales in home transactions in a single province to exceed the 100 trillion won mark since the agency began compiling related data in 2006.

Jeonse is a unique, prevalent lease contract in Korea where tenants pay a lump-sum deposit, about 60 percent of a housing price on average, to rent a house for a certain period time, usually for two years. The new law on jeonse was enacted to force automatic two-year extension in the lease and cap in rent rises, sending landlords to forgo rents and hardening lives of tenants instead of protecting them under the law design.