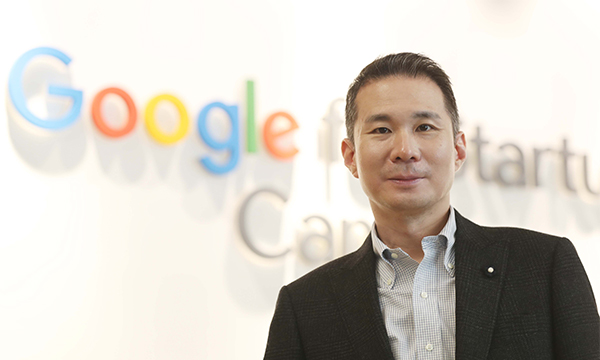 Google’s in-app billing will apply to big developers while most will go on using its store free in Korea and is minimum measure to sustain the Android app ecosystem, said Google Korea president Kim Kyoung-hoon.

In an interview with Maeil Business Newspaper in his first interview with Korean media after inauguration, Kim claimed the billing system was nothing new but just specified “game.” Game developers paid 30 percent fee for servicing their labels on Google Play store. The rate was reduced 15 at the demand from the Korean industry and politicians.

The new CEO’s ultimate goal is helping Google Korea to become a “helpful” company. “I really want to make lives of our customers more valuable with our tools such as Gmail, Google search and YouTube, and want Google to be credited for doing that.”

The following is the English translated excerpt of the interview originally carried out in Korean.

Q: Is in-app billing is something that Google really needs?

A: It was something that we were supposed to implement one day because in-app purchases are the only profit source of Google Play in which 90 percent of applications are servicing free of charge. The idealistic business model of Google is one where large-sized developers who rake in a huge amount of sales pay commission while users and small-sized developers enjoy the benefit of free platforms. It is nothing new and we have just clarified some words of the rule that we already have. We gave major partners in the country advance notice before implementation.

Q: Why did you lower the in-app commission rate?

Q: Do you mean that the commission fee is not enough?

A: The commission is the minimum required for us to maintain the Android app market’s ecosystem. We don’t take all of the commission. We should pay some of it to our payment system partners and also spend it for server maintenance, personnel expenses and various campaigns inside Play Store. The lowered commission could result in a negative consequence as it could limit our room to promote innovation. Google seeks co-growth with developers but we could change the business model if the law sets limit on our operating cost. It is not a threat, but it may be inevitable.

Q: Does in-app billing is in line with Google’s platform business philosophy?

A: ‘Open internet’ based on free services is Google’s basic philosophy. I said “free” but actually it is not free because it incurs expenses. If we are to pursue openness, we need to think from the perspective of a business. Differentiating Korean and overseas market cannot help us make the best decision. We should focus on what kind of value Google has been creating and see whether Korean people benefit from the value or not.

Q: Google recently decided to pay for news in Australia and France.

A: Google’s mission is providing information scattered around the world in an organized way and news is the main source of the information. But how to handle the news is different from country to country and media by media. Google wants to be the most helpful platform for Korea and its users. We have various news programs such as “News Showcase” and “Subscribe with Google”. I understand why media companies worry about news but we are now just discussing how to cooperate with Korean media organizations.

Q: What’s the background for Google’s phasing out support for Chrome’s third-party cookies?

A: We will stop the use of third-party cookies in Chrome starting April 2022. We used cookies to better understand consumers when we first ran digital advertisements online. But privacy has become an important issue and market doesn’t want us to use the information provided though cookies, so we made the decision accordingly. Google’s privacy policy philosophy is to allow customers to control their own private information.

Q: Do you have any plan to set up a data center in Korea?

A: Setting up a server is a very difficult decision to make and is beyond my authority. All I can do is to make pitch to the headquarters that it is a good idea to establish a data center in Korea where our services including YouTube are used a lot. The cloud market in Korea is growing up so it would provide many opportunities in Korea. I will do my best to better explain the situations in Korea as president of Google Korea, and to make Google Korea a helpful company to Korea.