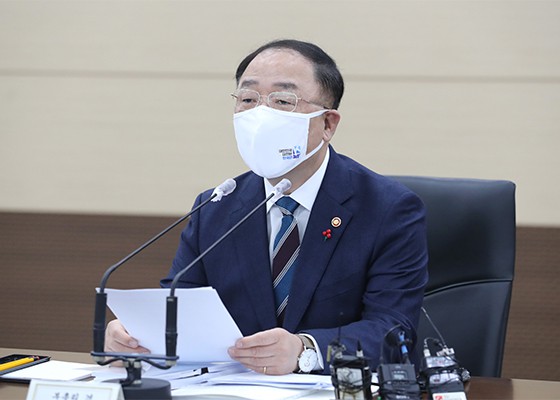 The South Korean government publicly declared it was “actively” considering joining the Comprehensive and Progressive Agreement for Trans-Pacific Partnership (CPTPP) after it signed into the Regional Comprehensive Economic Partnership (RCEP) amid expectations for normalized global order under the new U.S. leadership.

The Korean government will strengthen cooperation in climate change and disease control with the incoming Joe Biden administration in the United States, according to a finance ministry statement that was unveiled during a government meeting chaired by Finance Minister Hong Nam-ki on Monday to finalize its overseas economic policy for 2021.

The agenda that tops the list of the 10 external economic policy objectives picked by the government is joining more mega free trade agreement (FTA) such as CPTPP. To prepare the deal, the Korean government will revise domestic institutions in four sectors – sanitary and phytosanitary, fisheries subsidies, digital trade and state-owned enterprises – to comply with the CPTPP principles and rules.

Joining CPTPP is expected to help the country play a leading role in establishing new trade orders amid weakening of multilateralism led by the World Trade Organization (WTO) and strengthening importance of regional trade blocs, the government said in the statement. It plans to complete the domestic procedure to implement the Regional Comprehensive Economic Partnership (RCEP), another mega FTA that it agreed with multiple countries last year, within the first half this year and seek approval from the National Assembly in the second half.

The two allies will share their carbon neutrality goals and find opportunities to collaborate in research projects. They will also seek to establish a joint response channel to join forces in Covid-19 vaccine and treatment development and infection prevention measures.

It will enhance communication with Japan and assist private business exchange such as establishment of joint venture and joint entry into a third country.

Under the goal of expanding global FTA network from 78 percent against gross domestic product (GDP) in late 2020 to 90 percent, the government will also negotiate new trade deals with countries that are expected to grow fast such as Vietnam, Indonesia, India, Russia, Uzbekistan and Mongolia.